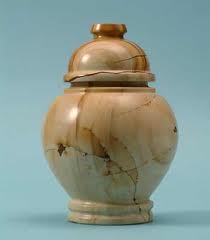 TWO Plumtree families are entangled in a vicious war over ashes following the death of local businessman and his girlfriend who perished in an inferno.

The 26-year-old businessman, Tendai Ngwenya and his ex-lover, Lisa Nleya (19) from Ngwanyana area were burnt beyond recognition when the man locked himself up and the woman in his shop and set it alight during a dispute over custody of their three-year-old son.

Chief Tshitshi said the woman’s family insisted on having a DNA test in order to differentiate the ash.

“There was a huge conflict over identity of the ash as the woman’s family which appeared bitter over the incident was demanding a DNA test to ascertain the ash which belonged to their daughter.

“The bodies were burnt beyond recognition and the ash was packed in two plastic bags,” said Chief Tshitshi.

He said the two families were finally convinced to share the ash.

“The burial ceremonies were conducted on Sunday but by Saturday evening tension was high with the woman’s family demanding possession of all the ash in order to run tests while the man’s family refused.

“We had to call a meeting where we advised the two families to take a single bag of the ash each as carrying out DNA tests would take a long time,” said Chief Tshitshi.

He said the woman’s family later demanded compensation for their daughter‘s death.

“The woman’s family later accused the other family of being responsible for the death of their daughter and insisted they own up by compensating them,” said Chief Tshitshi.

The incident, which left many people in the area shocked occurred on Thursday evening at Ngwanyana Business Centre.

A dispute between the two arose when Ngwenya accused Nleya of denying him access to their child and went on to demand custody of the boy. On the day of the incident Ngwenya appeared in court facing charges of violating a protection order which was recently issued to him. He was denied custody of their child, a development which is believed to have angered him.

He proceeded to his ex-lover’s homestead where he assaulted Nleya’s grandmother for denying him access to his child. Nleya then proceeded to Ngwenya’s shop in an attempt to resolve the dispute she had with him.

He is believed to have locked the door from inside while they were inside and set the shop alight.