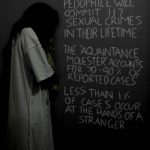 THE family of the six-year-old girl who was allegedly poisoned with a cattle dipping chemical for ritual purposes at Silozwi village in Matobo District yesterday held a meeting during which they resolved to engage police so that they launch fresh investigations into the girl’s death.

The family is accusing the girl’s aunt, Mrs Prisca Moyo, of playing a part in poisoning Nomagugu. The incident occurred on Sunday last week.

During the tension-filled meeting, which was attended by 32 family members, the girl’s father, Mr Medium Moyo (38) also revealed that Mrs Moyo took Nomagugu from the custody of his in-laws on the pretext that she would return her after a month.

He is also accusing Mrs Moyo of teaming up with her daughter aged 16 to poison Nomagugu.

“I cannot believe that my daughter is gone after she was poisoned by my sister-in-law, Prisca. She actually teamed up with her daughter to kill my daughter. The people who are now languishing in remand prison did not commit any offence. My two brothers are not involved because they have been looking after my daughters.

“To make matters worse, Prisca went to my in-laws and lured them into giving her my daughter on the understanding that she would return her after a month. Police must investigate her and her daughter,” he said.

Mr Moyo said Prisca has been “illegally” staying with Nomagugu for the past two years.

“We intend to engage police in this matter so that they conduct fresh investigations because we believe the woman who bought the cattle dipping chemical is the mastermind behind the death of Nomagugu. There is no way that someone could have done such a bizarre act without her knowledge and we urge police to get to the bottom of this matter without fear or favour,” said Mr Jotham Ndlovu, who is an uncle to Nomagugu’s father.

“This woman together with her daughter should be investigated. We believe the two hatched a plan to poison my granddaughter since three days prior to the incident, Prisca had been sending her daughter to move around the village asking for cattle dipping chemicals yet it was known that she had only two cattle, which had already been applied with tick grease. What was the purpose of this chemical then?”

“We don’t want to protect criminals and we are appealing to the police to assist us by launching fresh investigations into this matter. The entire community knows the real suspect and we implore police to come and take her for further questioning,” he said.

A Chronicle newscrew yesterday visited Lushumbe Village and spoke to the deceased’s mother, Ms Alitha Ndlovu (27). She denied having approached Prisca to assist her in taking care of her daughter.

“My daughter was staying with my parents and there was no problem at all as they were taking care of her. She (Prisca) only visited my parents and asked for Nomagugu and they allowed her to go with my daughter on the understanding that she would return her after a month, but she did not do so,” said Ms Ndlovu as she was struggling to hold back tears.

“We are really shocked at what happened to our granddaughter. We are trying to come to terms with what happened. Police must act decisively on the culprits behind the poisoning of Nomagugu.

“We gave Prisca our granddaughter wholeheartedly on the understanding that she would bring her back after a month but little did we know that she had other plans. This issue has divided the two families, the Ndlovus and Moyos,” said Mr Ndlovu.

According to police, Sifiso Ncube (36), a neighbour, arrived at Mrs Moyo’s homestead during her absence and searched in the house and found a 500 millilitre bottle containing a cattle dipping chemical which she mixed with some water in an empty bottle of cascade drink.

She allegedly then tricked Nomagugu into drinking the chemical under the pretext that it was milk. Ncube hid the remaining poison in the bush outside the homestead.

She fled from the home unnoticed after allegedly giving Nomagugu the poison.

On being arrested, Ncube revealed that she was allegedly engaged by the girl’s uncles, Howard Moyo (61) and Wilson Moyo (51) to kill Nomagugu in return for a beast.

Nomagugu was buried on Sunday at Wilson Moyo’s homestead without a coffin and there was no burial order.

Mrs Moyo maintained her innocence saying it was only a few individuals who were influencing the family to gang up against her.