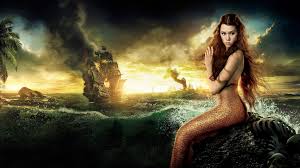 ‘Mermaid seen digging trenches in Zimbabwe
An angry mermaid has been sighted busy digging trenches in one of Gokwe’s most sacred places, the local chief speaks out as deep gullies are seen increasing in size and depth every day.
Chief Misheck Njelele the supreme custodian of the Gotami traditional sacred places in Gokwe has told ZimEye that ‘all is not well’ in his homeland following what he says is an invasion of the sacred places by named government officials, who undermine the traditions, trampling on where their forefathers used to carry out rituals for the community so to receive rains and other necessities.
His sentiments were echoed by Gokwe South West chief, Josiah Katema who is reining Chief Jiri a progeny of the Rozvi kingdom, who also blamed “misbehavior” by some of Gokwe’s community, and local Authorities.
Chief Njelele also blamed the unlawful construction of structures on sacred places, like the Hovano river incident that nearly ended someone’s life after spirit mediums warned against erection of structures without rituals.
Asked to comment on the deadly gully that is threatening to destroy the only Magistrates court in the agro town, chief Njelele blamed the Council for not consulting the traditional leaders. He also added that they are even invading his area without consulting him and sometimes just go on to displace villagers in his area without symposium.
Last month a bag containing $60 000 was left at a small hill near Chief Njelele’s home stead, before it was picked by three men who all died after going through mental disturbances.
Mermaid Zimbabwe
Source: zimeye
12
59
– See more at: http://bulawayo24.com/index-id-news-sc-regional-byo-53588.html#sthash.YOlEvvZe.dpuf