The proprietor of Emeka Mortuary, Okunmi Community, located at the suburbs of Ikom, Central senatorial district, Cross River State, Mr. Kalu Ben Chima, popularly called Emeka Ambulance, has revealed the spiritual combats morticians, now and again, go through with occultists and members of some secret societies before their corpses were embalmed in his mortuary. 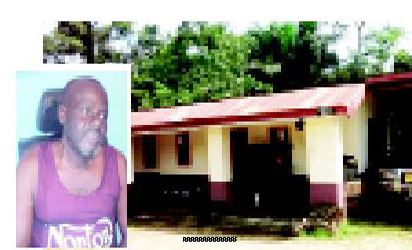 The mortician, whose mortuary is located along Ikom-Calabar highway said that dead bodies, especially those of occultists and members of secret societies “do give us trouble while being embalmed because their bodies have been ‘fortified’ by the devil or some spiritual forces.”

“In such cases, we have to pet and persuade them by talking to them to allow the chemicals to penetrate their bodies, but if they remain stubborn, we have to employ our own spiritual force and of course, power pass power and we can then embalm them,” he disclosed.

According to him, he learned the trade in Onitsha General Hospital, Anambra state, and had come to know that some dead bodies were so “powerful” such that they do not allow others to lie close to them and he was always careful when attending to such bodies.

His words: “Some powerful people do not allow other dead bodies to lie close to them, so in the night, they will remove other bodies near them and dump them far from where they are or they would go to an isolated place and lie there – all dead bodies are not the same, which is why we knock before we enter there.”

On having sex with corpses, Mr. Chima warned that people should never try it.

“Do not think that because she is lying down there, she is finished and you can go and have sex with her. You will die also in a matter of hours or days and how can someone sell body parts of a corpse or water used in washing a corpse, such water is poisonous. People die from different ailments such as HIV/AIDS, and water used in washing their bodies is poisonous and any person who uses it will either die or contact sickness.”

On the report that he has rented crowd of women, who engage in bogus weeping when a person dies, he said the women were part of a specialized funeral services he offers. Some people hire mourners before their death.

He explained: “Some people do not have people to cry for them when they die, so they will arrange with us while they are alive to get some women to cry during their burial and also, some people because they are polygamist would arrange with us to organize the casket, grave, and mortuary services so that when they die, there will be no struggle among family members on who to do what and so on.”