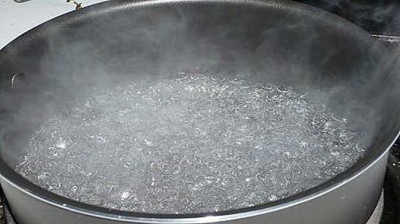 A BULAWAYO woman allegedly poured boiling water on her husband’s private parts after she reportedly caught him cheating, it has been learnt.
The wife, Nomsa Dube (28) went ballistic after the husband, Fezile Dube (35), confessed to his adulterous ways.
Matters reportedly got to a head when the couple consulted a doctor about boil-like lacerations on Fezile’s private parts.
The doctor informed the couple that the man was suffering from herpes and advised them to test for HIV and Aids again after three months.
Following this, the husband confessed his wayward ways to the livid wife, who would have none of it, a family friend said.
The friend, who declined to be named, said Nomsa was inconsolable, accusing her husband of failing to even use protection when he engaged in extramarital affairs.
“Nomsa screamed at her husband accusing him of being unfaithful only a year into their marriage,” the friend said. “She said she had been a good and faithful wife, yet he chose to sleep around with prostitutes.”
The friend said Nomsa warned her husband to pray that she was not HIV-positive, because if she was, then something worse than the boiling water on his private parts would be visited on him. Fezile is said to be recovering from the burns at Mpilo Central Hospital.
Police were not immediately available for comment. However, neighbours corroborated the story.