I’m ready to refund his dowry if only to free myself from bondage —Wife
NO, THE MARRIAGE WAS NOT CONTRACTED UNDER ISLAMIC RITES —HUSBAND 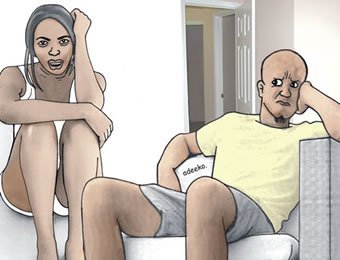 One Fatima Buba has pleaded with a Grade 1 Area Court in Gudu, Abuja, to dissolve her marriage with her husband, Abdulganiyu Ibrahim, for alleged battery, cruelty and total change in behaviour.

According to the News Agency of Nigeria (NAN), the petitioner said she was ready to refund the dowry (Khuli) of N50, 000 paid on her to “liberate herself from the bondage called marriage.”

The marriage contracted in 2012 according to Islamic rites produced a son of about four years old.

The petitioner alleged that her husband had abandoned his responsibilities and she no longer loves him as he calls her derogatory names in the presence of people.

Ibrahim’s counsel, Aderemi Ihieri, however, objected to Fatima’s petition of dissolution by Khuli, adding that the parties did not contract their marriage under Islamic rites.

She maintained that it was contracted under the customary law of Fatima’s people in the presence of both families, which ousts the court’s jurisdiction to entertain the matter.

Ihieri added that the parties should go and settle the matter with their family members that contracted the marriage and in the interest of their son.

“Petition for divorce in accordance to Khuli is for Islamic contracted marriage, but in this case, the dowry was paid in Fatima’s father’s house and was contracted in the presence of both families,” she said.

Fatima, however, told the court that she practices Islam and the marriage took place in the Jumat Mosque in Kaduna State.

She further said Ibrahim arrived the mosque late after the weeding ‘Fatiha’, so he had to take the dowry to her father’s house where it was paid.

Ibrahim also said he practices Islam and admitted to paying the dowry in Fatima’s father’s house.

Fatima’s counsel, Audu Karimu, however told the court that under Islamic law, dowry can be delayed and the presence of the bride and groom is not necessary.

He, therefore, urged the court to rule that the marriage was conducted under Islamic law, adding that both parties are Muslims.

The presiding judge, Mallam Isah Imam, adjourned the case till November 14 for ruling.