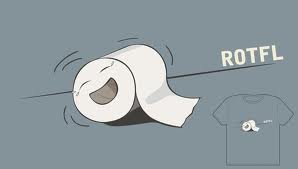 AN Insuza woman yesterday told the court how she was almost raped by a man she regarded as a brother while they were travelling together in a scotch cart in 2012.

Testifying before Bulawayo regional magistrate Mark Dzira at the trial of Smart Ndlovu (39) of Ntobi in Inyathi, the woman said she alighted from a bus in Insuza at around 6pm and looked for transport to take her home. “It was then that I saw the accused, who was at the bus stop with his scotch cart,” she said. “I asked for a lift and he said I could not be transported for free and that I had to pay him. I agreed with him on paying for the journey.

“He charged me $20, but I contested the fare and he later agreed that $20 was too much, but did not go on to tell me how much I was supposed to pay.

“He loaded my goods and two other men boarded the scotch cart. We went towards the village and the two men disembarked at different locations leaving me and the accused in the cart. When we were getting close to our village, he said to me ‘I want to rape you today’. He grabbed me and I pushed him away and he fell on the donkeys. I jumped off the cart and started running away,” she said.

She said Ndlovu gave chase and tripped and pinned her down.

“I elbowed him with one hand and grabbed and pulled his manhood which he had exposed, and he passed out then I ran away,” she said. She fled into the bush and phoned her mother to meet her on the way as she was in trouble.

She told her husband about the attempted rape and a report was made to the police, leading to Ndlovu’s arrest. In his defence, Ndlovu said through his lawyer rape the allegations were framed as he was in love with the woman until October 2012 when he found out that she was married.