YOU HAVE HELD YOU BACK- GOOD MORNING 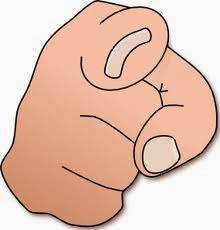 You have held you back!
I have made the comment on so many occasions, that I would rather be physically imprisoned as opposed to being physically free but mentally bound. Being physically imprisoned, at least I am aware of my situation because I can see it.
To constantly think in the same destructive non-progressing patterns every day is MENTAL IMPRISONMENT! While giving the impression that because there are no visible chains or shackles on you it appears as if you’re free.
Every dislike situation or circumstance you’ve found yourself in I can promise you at least 50% of it is due to the way that you process your thoughts towards it. In fact you aid your situation by agreeing with what you DISLIKE about your situation in terms of always speaking according to what you see and not speaking or thinking according to what you’d like to see.
To change your situation, you must ignore, dismiss or revisit the way you have come to think about your situation. There are many who are in worse situation but have decided to think the best towards the situation. As a result they’ve position themselves to manage what they’ve been given instead of what they’ve been given managing them!
This is why scripture says crazy stuff like, bless those that curse you, pray for those that spitefully use you and say all manner of things against you. Love them that hate you……. The whole idea of these seemingly crazy statements is to CHANGE THE WAY THAT YOU THINK! Which of course is opposite to these statements.
Wrong patterns of thinking equates to SELF IMPRISONMENT! Things can not get better if you’re not thinking better. You will not be financially stable if you have a poverty mentality. You will not be healthy if you’re thinking sickness.
Nelson Mandela was able to endure 27 years of physical imprisonment and never held anything against his oppressors simply because of the way he THOUGHT! Thus, Nelson Mandela was free mentally prior to his physically freedom.
I am lead to say to someone this morning, that unforgiveness, hate, bitterness, pride, selfishness and the like has held you captive all your life. I strongly advise you to release yourself from the mental prison you have created for yourself by letting the hurts, disappointments, pain and whatever else of the past go! What folks have done to you is nothing compared to what you’ve continued doing to yourself. Life is short, I beg you to please begin living by releasing those that have hurt you in the past…………
LET GO AND LET GOD!
Written By: Kevin L A Ewing
[email protected]
kevinlaewing.blogspot.com

0 thoughts on “YOU HAVE HELD YOU BACK- GOOD MORNING”