FARGO, N.D. – The first plea agreements have been reached in a wide-ranging federal investigation into a Jamaican lottery scam targeting mostly elderly victims in the United States, including one woman from North Dakota who agreed to empty her savings account and then take out a loan on a life insurance policy.
More than two-dozen people have been indicted in the case, including some who will likely go to trial. Prosecutors say the defendants induced people to send millions of dollars to them to cover fees for lottery winnings.
U.S. Attorney Timothy Purdon would not comment specifically on the case, but said people should be on guard and discuss possible scams with elderly family members.
“Again, North Dakotans and others need to understand that if they get a phone call telling them that they won a lottery they didn’t enter, hang up. It’s a scam,” Purdon said.
A spokesman with the federal public defender’s office in North and South Dakota was not immediately available for comment.
Jamaican lottery schemes have been happening for many years. The Jamaican and U.S. governments set up a task force in 2009 to stop the scams, but the problem has gotten worse, prosecutors say. The case being investigated in North Dakota was unsealed in March 2013 with 15 indictments.
Three of the defendants signed plea agreements this week on conspiracy charges. Shannon O’Connor, James Simpson and Mikael Gillette each face a maximum penalty of 40 years in prison and a $1 million fine. O’Connor and Gillette are from south Florida. Simpson was arrested in Kentucky.
New details from O’Connor’s plea agreement show that an 83-year-old widow from Harvey, North Dakota, wrote at least six separate checks to American Cash Awards for nearly $157,000, all of them payable to O’Connor. The victim was told she needed to pay fees for a $19 million cash award.
The checks were made out between Oct. 3 and Nov. 14, 2011. Authorities say when the victim told the scammers she was out of money, she was told to take a loan on her life insurance policy and provide her credit card and PIN number, which she did.
Documents show that another victim, a 92-year-old man from Charleston, South Carolina, mailed an $80,000 cashier’s check to O’Connor in May 2012.
Prosecutors say Gillette completed numerous wire transfers of money from victims in the United States to co-conspirators in Jamaica. Simpson allegedly opened individual bank accounts, deposited and transferred funds, and lied to bank officials about the origin and intended use of the money.
One of the defendants in the case is prominent Jamaican disc jockey Deon-ville O’Hara, also known as ZJ Wah Wa. He has pleaded not guilty. 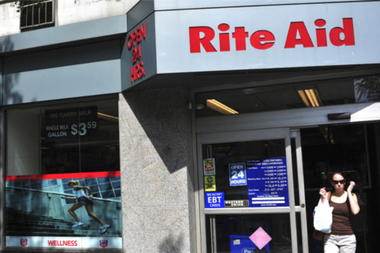