18 YO STABBED TO DEATH BY HER LOVER

AN 18-year-old girl who was yesterday stabbed to death, allegedly by her boyfriend following a dispute at their home on Well Lane in Sandy Bay, Hanover, is the third casualty of domestic violence in the island in two days.

Police have identified the deceased as Chantae Thelwell, a former student of Maldon High School in the neighbouring parish of St James.

Reports are that Thelwell and the suspect were overheard arguing about 1:45 am after she attempted to end their relationship. It is said that a knife was used to stab her in the chest. She was taken to hospital where she was pronounced dead.

Also yesterday, 44-year-old Robert “Antsman” Frazer, a mechanic of Wellington Street, Kingston 2, was stabbed and killed in a dispute on Bower Road, off Windward Road, in the parish. The Elletson Road Police reported that about 1:10 am, Frazer went to visit his child’s mother when another man forcefully gained entrance to the house. A dispute developed between the men and similar to Thelwell’s case, a knife was used to stab Frazer in the chest. He was pronounced dead at hospital. 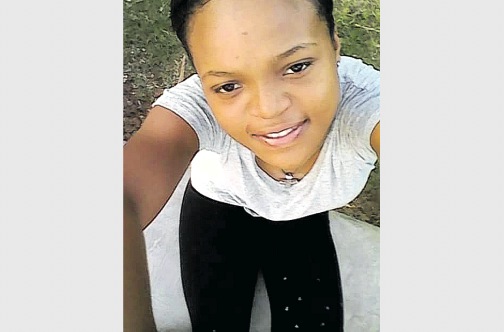 The incidents come on the heels of that of 31-year-old Kerry-Ann Wilson, whose decomposing body was on Saturday discovered wrapped in tarpaulin and stuck under the rail of the walkway at Crystal Towers Apartments on Old Hope Road in St Andrew where she lived.

And on Wednesday, 45-year-old Hermalyn Bell, a resident of Duxes in Point Hill, St Catherine, was attacked and chopped to death by a man with whom she was said to have been intimately involved.

Officer in charge of operations at the Jamaica Constabulary Force’s (JCF) Corporate Communications Unit, Inspector, Dahlia Garrick, informed the Jamaica Observer yesterday that over 37 per cent of murders committed since the start of the year have been related to domestic disputes, which has prompted the force to ramp up conflict resolution training of its members in recent months. The most recent sessions took place in Area 1, which covers Hanover, Westmoreland, St James, and Trelawny, she said.

“We saw the need to have more police sensitised to act on domestic-related matters because, as you realise, over 37 per cent of the murders are domestic related, and there are numerous assaults and other instances that have all started from domestic issues,” she said.

Garrick noted that the Ministry of National Security is also conducting training sessions to reduce the incidence of domestic violence.

The inspector added, however, that a major concern for the JCF is the underreporting of abuse.

“A lot of times people are in domestic situations that are abusive and incidents of violence are happening and they are not reported. ‘Reported’ here doesn’t always mean to the police, because not all aspects of domestic violence is physical. So what we are asking persons to do — family members, friends, people who are aware of not only family setting, but [also] spousal, those types of abuses — is to get support. ‘Support’ here can be through the church; you have trained counsellors in the churches. You also have the medical fraternity where the health centres and other health-related facilities can offer assistance,” she advised.

However, psychiatrist and chief executive officer of Training Dynamics and Consultants, Ainsley Deer, maintains that the issue of domestic violence is “deeper” than the police think, and is recommending that the practise of corporal punishment in children be abandoned.

“The problem doesn’t arise at the point where there is conflict between husband and wife or partners. It starts at early childhood. So if you’re going to think about the solution, you have to think about dealing with it not just from the immediate perspective, but also from early childhood,” he argued.

He explained that there is an inverse relationship between corporal punishment in young children and a chemical in the body called serotonin, which is responsible for maintaining mood balance.

“Whenever you brutalise or abuse children, it tends to reduce the serotonin and the lower the amount of serotonin, the more intense or the more prone that person is to becoming angry. So it’s wonderful that we have programmes and things, but we also have to stop abusing our children. When we abuse our children there’s a physiological response which really results in violence when that child grows up, and there’s also a learnt behaviour from the bad treatment that they sometimes experience,” Deer explained.

“So I admire the police; I support whatever it is that they are doing, but you have to look at it not just from the standpoint of programmes for adults. Naturally, you can teach people how to relate to each other, but the deeper problem starts not at that point, but with the children,” the psychiatrist said.

3 thoughts on “18 YO STABBED TO DEATH BY HER LOVER”