18 YO TRIED TO COMMIT SUICIDE ON MAYPEN BRIDGE 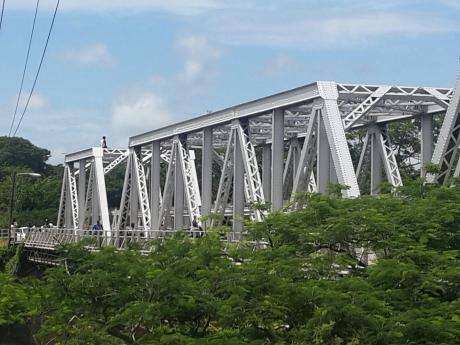 An 18-year-old man who attempted to commit suicide in Clarendon this morning has been removed from the May Pen bridge and taken to the hospital for treatment.

The man climbed approximately 15 metres to the top of the metal structure threatening to jump.

The May Pen police say they were alerted by motorists sometime after 10 a.m.

According to an investigator, it took over an hour to persuade the man not to jump.

The police say the young man claims he has family issues and feels neglected so he was going to take his life.

Personnel from the May Pen Health Department assisted by the police took him to the hospital where he has begun receiving counselling and will be given medical treatment if necessary.