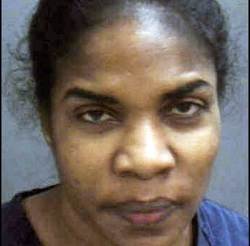 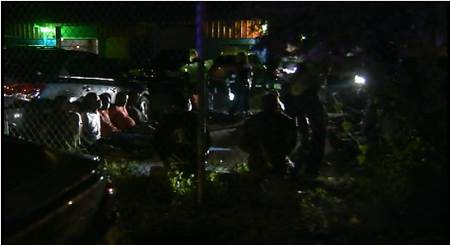 Investigators said Charmaine Romain was the main launderer of millions of dollars derived from the cannabis sales. Roman is being held in the Orange County Jail. Other arrests have been made, but confirmed details were not immediately released.

Central Florida law enforcement officials first became aware of this violent Jamaican drug trafficking organization in 2006. Since that time, hundreds of pounds of cannabis have been interdicted or seized from individuals associated with this organization. Violent crimes, such as homicide, attempted homicide, home invasion robbery, armed robbery, armed narcotics trafficking and firearms violations, have been linked to many of the members of the organization.

MBI officials said the investigation revealed the organization was smuggling thousands of pounds of cannabis from Mexico into the United States, and then to Central Florida, using several methods.
“These methods included delivery through the United State Postal packages, private package delivery services, freight shipping services, private vehicles, including recreational vehicles,” said Orange County Sheriff Jerry Demings.
Agents said the organization used several “stash houses” in the Pine Hills area to store the cannabis, before it could be divided up and sold. They also used several warehouses in west Orlando to take delivery of shipments of cannabis and to use as bases of operation for distribution.

More arrests and seizures are anticipated as the investigation progresses, investigators said. 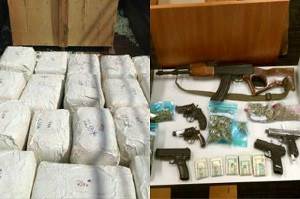 A violent Jamaican drug-trafficking ring that brought thousands of pounds of marijuana into Central Florida has been dismantled with the arrests of its ringleaders and associates, the Metropolitan Bureau of Investigation said Thursday.

Fifty people are facing criminal charges ranging from racketeering to money laundering to trafficking in marijuana. Many of those suspects were arrested Wednesday and Thursday in a series of raids that included the group’s distribution hub in Orange County.

Law-enforcement has been aware of the group since 2006, and members have been linked to homicides in Central Florida and Jamaica, armed robberies and other violent crimes, MBI said.

Thousands of pounds of marijuana have been smuggled into Central Florida by the group through numerous methods, including in recreational vehicles, freight containers and in the mail.

They used “stash houses” in Pine Hills to store the drugs before it could be divided and sold, and used several warehouses in west Orlando to base their distribution operation, including one on West Robinson Street.

“We exhausted every means of investigation you can think of,” Zwieg said.

During the course of “Operation Warehouse 13,” agents seized more than 3,200 pounds of marijuana, $200,000 in cash, 15 guns and numerous cars. More seizures are expected, MBI said.

The group is linked to a nearly 3,000-pound marijuana seizure in July that was brought into Orlando in an RV.

In that case, members of the drug organization planned to meet in Orlando to divvy up marijuana that dealers would then sell throughout the state, agents said.

Law-enforcement was tipped off, and watched as an RV full of marijuana traveled around Central Florida, stopping to unload portions of the drug around town.

Officers followed Chang to a nearby neighborhood, where they pulled him over and arrested him.

The Rampersads then headed to a resort on International Drive, where they met up with several other people and loaded packages from the RV into a Honda van, agents said.

Officers later stopped the driver of the van, Courtney Hutchinson, and found about 945 pounds of marijuana separated into 47 packaged bundles inside the vehicle.

MBI agents stopped the RV in the resort’s parking lot, and found about 1,230 pounds of marijuana hidden inside. Mukesh Rampersad and Shamila Rampersad were arrested.

Agents cautioned that they aren’t positive those are the suspects legal names, as they uncovered multiple identities and passports.

Roman was laundering the bulk of the millions of dollars the ring made, Zwieg said. The investigation into the money laundering is ongoing, Zwieg said.

Roman, a music promoter with ties to Clermont, was the victim in a high-profile violent 2009 home invasion.

Lake County prosecutors said at least two men forced their way into Roman’s home at gunpoint, tied her and her daughters up, and demanded $15,000 she won in a scratch-off lottery game.