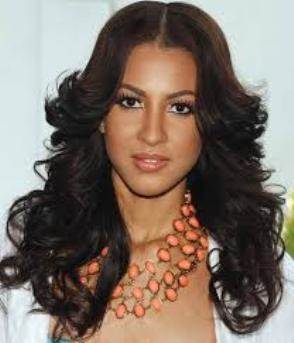 TRINIDAD & TOBAGO– Miss Trinidad and Tobago World 2013 Shereece Villafana who represented the twin-island republic in the Miss World pageant a month ago in Bali Indonesia, has been stripped of her crown.

The Trinidad Express newspaper Monday said a press release received from the Miss World Trinidad and Tobago Organisation, headed by director Athalia Samuel stated: “This dethronement has become necessary as a result of unsettling reports brought to the attention of the organisation. These reports concern conduct that is not in keeping with the high moral and ethical obligations the Miss World Trinidad and Tobago Organisation strives to maintain.”

The report said the organization’s decision to strip Villafana of her crown came after the organisation received a letter from the Office of the Prime Minister informing them that Villafana received TT$200,000 in sponsorship money to help with preparations for the Miss World pageant.

“Prior to leaving for the pageant, I asked various agencies and organisations for sponsorship and every time I asked for assistance they would respond that they already gave money, which I found to be strange because we never received any money,” the report quotes Samuel.

“I didn’t know what they were talking about and at times I felt embarrassed because I had no knowledge of receiving any of the monies they said they gave … eventually, we received sponsorship through various events, as well as from a company in London who eventually paid for our airfare, hotel accommodation and spending money.”

The report said Villafana had no comment to make on the matter.