German Sportswear Manufacturer Adidas has issued an apology for a caricature of West Indies player Dwayne Bravo that was posted online by the company’s official twitter account with the intention of celebrating the player’s historic 300th T/20 wicket on Monday. 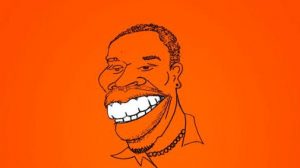 The tweet was posted shortly after Bravo, who plays for the Gujarat lions in the Indian Premier League, set a new record while taking 4 for 22 against the kings eleven Punjab.

A caricature that depicted the cricketer with overly thick lips and large teeth, was posted.

The tweet did not go down well and triggered an uproar from a number of followers who described it as racist.

The reaction prompted adidas to remove the tweet and issue an apology…..adding that no offense wasn’t intended. Bravo meanwhile says he will issue a statement on the matter.