BRIDGETOWN, Barbados (CMC) – The Division of Defence and Security in the office of the Prime Minister says it has found no evidence to substantiate the charges of mistreatment of a Jamaican and her son when they arrived at the Grantley Adams International Airport on August 27.

In a statement on Thursday, the division, that has responsibility for Immigration, said it is satisfied that immigration officers who were on duty “did everything possible to make (Sonya) King and her son as comfortable as possible, especially considering that events unfolded during the wee hours of the morning”.

According to a report in the Jamaica Observer newspaper earlier this week, Sonya King said she was subjected to a horrific ordeal when she and her infant son, Kaleb Joseph, sought entry into Barbados.

King said she was initially denied entry and treated in a hostile manner when the immigration officer heard her Jamaican accent and saw her passport. 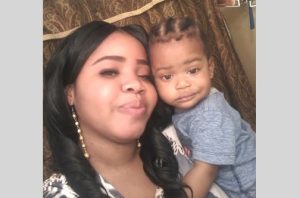 King made reference to poor sleeping facilities and said “I felt like a animal, lower than dirt”.

In its report on Thursday, the Division of Defence and Security said King was initially denied entry because “she did not have evidence of either a return ticket to Jamaica or status in Trinidad as is legally required”.

The report also denied that immigration officers did not provide King with hot water – needed to make tea for her baby.

The statement also noted that the only food facility available at the time King requested food, was a vending machine with boxed juices.

Concerning a statement that King’s suitcases were taken from her, the report added: “Ms King could not be afforded access to her luggage at the time she had requested because the luggage was secured by customs and the airline agents had already departed”.

It was also noted that sleeping facilities are not provided at the airport for those who have been denied entry.

Allegations of the mattress, sheet and blanket being dirty were also dismissed.

“Historically that has been the responsibility of the airlines. Persons who are refused entry are asked to remain in the seating area provided until the next plane arrives to return them.”

The statement added that due to the time King arrived at the airport and the fact that she had an infant “a mattress, sheet and blanket were provided to Ms King to make her more comfortable. The mattress could only be placed on the floor but it was preferable to Ms King to remain seated all night and (this) was accepted by her without complaint”.

The report also said immigration officers gave King the opportunity to communicate with her sister “in order to provide her with an alternative return e-ticket to Jamaica”.

It added that when the airline’s office opened at 4:15 am (local time) the immigration officers worked with the airline to see if King could be returned to Trinidad or Jamaica.

However, despite being escorted by a security officer to a plane that was bound for Trinidad, King told the Jamaica Observer that an immigration officer informed security to take her back to the immigration desk, where her no ‘entry stamp’ was cancelled and she was granted two days stay in Barbados.

The report concluded that the immigration officers “went above and beyond the call of duty to assist Ms King and her infant son Kaleb”.

It also reiterated the government’s commitment to the process of regional integration and said on average – “99.7 per cent of Jamaicans who arrive in Barbados annually gain entry. Only a miniscule fraction – 0.3 per cent — are ever refused”.

King has since called on the foreign affairs ministers of both countries to intervene, in what she described as the inhumane behaviour towards Jamaicans.

In 2013, the Caribbean Court of Justice (CCJ) awarded Jamaican Shanique Myrie BD$77, 240 (One Barbados dollar =US$0.50 cents) in pecuniary and non-pecuniary damages, after she was denied entry into Barbados in 2011.

Myrie had accused a female immigration officer in Barbados of finger-raping her at the airport before she was locked up in a room overnight and deported the following day.

Myrie had asked the CCJ to determine the minimum standard of treatment applicable to Caricom citizens moving around the region.

Under the Revised Treaty of Chaguaramas and a 2007 Caricom decision, Caricom nationals are entitled to enter member states, “without harassment or the imposition of impediment, and to stay for up to six months”.

2 thoughts on “BARBADOS CLAIMS JAMAICAN WOMAN WAS NOT MISTREATED”