BLOOD FOUND AT THE HAVENDALE HOUSE 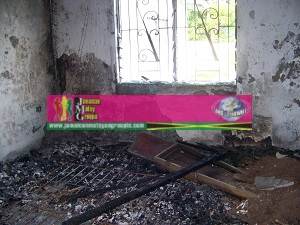 KINGSTON, Jamaica — Detective constable Avrel Thomas in the murder trial of entertainer Vybz Kartel testified Thursday morning that he went to a house on Swallowfield Avenue in August 2011 and saw what appeared to be bloodstains in a section of the house.

He told the court that he swabbed the area and placed crime scene markers around the apparent blood stains.

Thomas said that he kept the swabs in his possession and took them to the forensic lab to be analysed.

Kartel and four co-accused are on trial for the murder of Clive Williams believed to be committed at the Havendale house.

The trial has taken a break and will resume at approximately 12 o’clock.