BODIES FOUND IN SHALLOW GRAVES MAY BE KIRKLAND HEIGHTS MEN 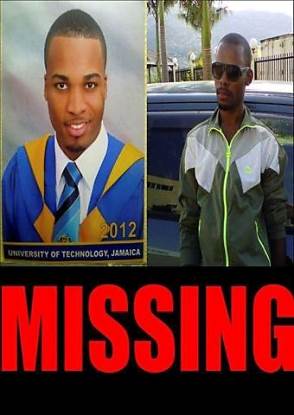 Up to press time last night the police say they couldn’t confirm circulated reports that two bodies found in Kirkland Heights, St Andrew, were that of the two men who were abducted from their home two weeks ago.

Twenty-seven-year-old businessman, Curtis Martin, and 25-year-old University of Technology graduate, Mario Daley, were abducted from their Kirkland Heights home at gunpoint on October 21.

However, the police have confirmed that a Jamaican businessman residing overseas offered $300,000 for the men’s abduction.

It’s reported that following the abduction, the alleged mastermind refused to pay over the money on grounds that the police would easily trace him.

The police have since taken into custody, three suspects, two men and a woman, who reportedly carried out the abduction.

The Jamaica Defence Force and the local police force have been pursuing the case.

Daley graduated from UTech last year, and is an employee at The Jamaica Pegasus hotel, while Martin is the manager of CJM Metals in St Andrew.

Daley’s mother, Monica Brooks, has made a tearful plea to the abductors, urging them to release both men.

Meanwhile, the police are asking anyone with information on the men’s whereabouts to contact the Red Hills police at 945-8270, the Constant Spring police at 924-1425 or the nearest police station.
Bookmark and Share