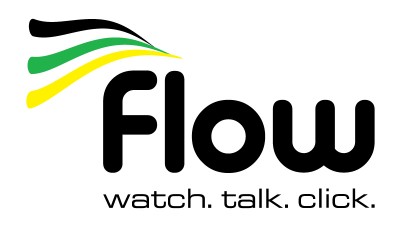 CABLE operators have been asking for an extension of the May 31 deadline issued by the Broadcasting Commission for the removal of 19 cable channels that are being illegally aired in Jamaica.

But the regulator says that while it is willing to have all issues on the table, no decision has been made to push back that cut-off date.

Executive Director of the Broadcasting Commission Cordel Green said that while the directive issued late last month remains under active review, the commission is now dealing with more expansive issues related to cable operators, and is “killing several birds with one stone”, as the situation has taken on regional proportions.

He noted the announcement by the Office of the Prime Minister (OPM) last week that the Government is working on resolving the issue as a regional trade matter, through talks with stakeholders in the United States (US) as well as the Council for Trade and Economic Development (COTED) of the Caribbean Community (Caricom). The OPM indicated that a meeting is to be held between US rights holders and regional cable operators.

Green said he is confident that “everything would be on the table” by the end of May.

“We have been asked to consider extending the time for people to put all the arrangements in place — contractual issues, packaging issues. The commission is considering those matters, but it has not yet made any decision beyond what it announced at its press conference. What a responsible regulator must do is look at what the circumstances are. We have to consider requests that have come to us from cable operators for an extension, which is something that is done in the normal course of business. That is one matter for consideration,” he told the Jamaica Observer.

He emphasised that while the commission plans to meet with the Consumer Affairs Commission (CAC) to discuss the issues that it wants clarified in relation to consumer protection, the regulator needs to first examine the agenda being set at the regional level, to iron out with the content providers in the US and other stakeholders.

“We are really dealing with a number of issues at the same time, so we are not in a position yet to be speaking any more definitively than we did at the press conference,” Green stated.

He added that “things are moving rapidly”, as already some operators have substituted channels, and others are close to completing negotiations on channels. “So as to how it is playing out in the industry, we have to get a proper fix on that (first),” he said.

Director of Communications at the CAC, Latoya Halstead, said no discussions were held between her agency and the Broadcasting Commission prior to the issuing of the directive, but that the CAC has since written to the regulator seeking clarity on a number of issues, including what consumers can expect after the May 31 deadline, both in terms of the legality of content that will be available as of that date, and the status of the providers who are licensed to carry such content; and what systems will be put in place to ensure that the regulations are not breached in the future.

“The CAC also had

cable operators/union representatives on the matter: the initial discussions have taken place with the association of cable operators, and follow-up discussions are to take place,” Halstead noted, but did not divulge what issues were raised in those consultations.

“We have had complaints (from consumers). The general trend is that they want to know what is going to happen after May 31, in terms of fairness and value for money. That’s really their concern,” she said.

In the meantime, the CAC is advising consumers to examine their service agreements as they relate to packages and/or channels and where concerns arise, to take those contracts to its offices in Kingston, Mandeville or Montego Bay, or email them to: info@cac.gov.jm.

On the matter of proposed changes to the legislation governing the broadcasting industry, to bring it more in line with current realities, Green said: “We are now very close to getting to a Cabinet submission being finalised”.

He noted that just two weeks ago, a meeting was held with the Office of the Prime Minister to examine the final review of the legislation, and that another meeting is to be held next weekend. “I know that it is receiving very serious attention at this time,” he stated.

Among the recommended changes to the Broadcasting and Radio Re-difussion Act are increased fines for copyright infringement.