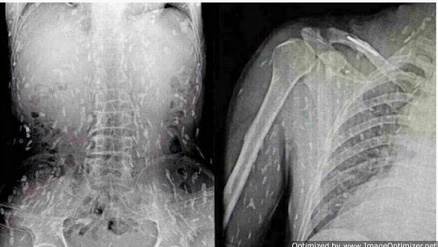 A man in Guangdong recently found out his entire body was riddled with parasites when he went to the doctor complaining of a stomach ache and skin itch. The man, who loves eating sashimi, was then transferred to a hospital in Guangzhou for further treatment.
According to Dr. Yin of Guangzhou No. 8 People’s Hospital, eating uncooked food contaminated with tapeworms’ eggs could eventually cause cysticercosis, when the adult worms enters a person’s blood stream. This type of infection is even life-threatening once it reaches the brain.
As freaky as it sounds, though, this isn’t the first time this has happened. Two months ago, a woman, also in Guangdong, went to the doctor with symptoms of memory loss and cramps, and found out that her brain was squirming with nasty parasites. Her vice: raw frogs. The world is indeed fraught with temptation.