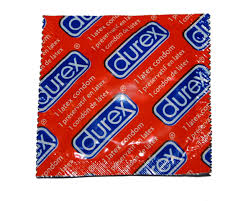 A few weeks ago, a survey surfaced, listing countries with most unfaithful wives in the world. To the chagrin of Nigerian women, the survey conducted by condom manufacturer, Durex, had them topping the list and beating 35 other countries, including Western countries, sampled in the marital infidelity test.
Controversy has since continued to trail that judgement, with Nigerian women crying foul. This outcry is understandable though, as these are women popularly reputed for their solemn reverence for religion, more than their counterparts in any part of the world.
“We have more Nigerian women that are faithful to their marriages than other nations. Ours can be attributed to various factors like religion, which has become the standard for most of us, and then tradition.
“Despite our exposure and enlightenment, a typical Nigerian woman still holds firm to the dictates of tradition, either of her background or that of her husband’s. That aside, our men are even too egocentric to allow their wives that liberty. A man can kill any woman suspected of infidelity, whether true or not. It’s seen as a slap on the man’s face and not an emotional slip,” Rosemary Duamlong, an entrepreneur and mother of two argued firmly in defence of Nigerian women when presented with the outcome of Durex’s survey.
The survey claims that regardless of marital status, sexual orientation, or a committed relationship, Nigerian women still in the real sense tend to be unfaithful, giving a 62% prevalence of unfaithfulness, with Thailand following.
Admitting though that some women could be extremely unfaithful, some male folks debunked the percentage put forward by the survey.
“I have been married for 20 years and my wife has not cheated on me. In every way, she has been very faithful even despite my unfaithfulness,” a middle-aged Nigerian who simply identified himself as Monye said.
Another man said of his wife: “While we were still dating, I could say she kept other men, but as soon as she became certain that I was serious about her, she personally dropped them and has since then been more than faithful to me.”
Nigeria is not a society where adultery is treated with impunity, unlike places like Britain where married couples jointly patronize so-called ‘Elite Sex Clubs’ where they have sex with other men and women. Here, family values are cherished and women who cheat do so mostly in secret. Hence, it remains a puzzle how the country managed to top the list of unfaithful wives.
“Nigerian women are generally family-centred and conscious of society approval. Only a few would therefore risk rubbishing the integrity of their families, especially that of their children, for a moment of pleasure. Our society is yet to liberate women to the level of equal rights with men. Thus, no Nigerian woman will be applauded for cheating on her husband socially. To this end, the stigma it attracts is a deterrent. Besides, what a man can do and get away with in Nigeria, a woman cannot try it and get away and this includes being unfaithful in marriage,” said a lady who’s been married for nine years.
“We’ve had instances where women commit adultery with no sense of secrecy but the percentage cannot be said to be as high as claimed by Durex’s survey. We’ve also had women getting pregnant for other men in their husband’s house but yet, the percentage is minute, compared to what obtains in other countries.
If Durex’s claims were true, why do most Nigerian men in diaspora come back home to Nigeria to pick a wife? If you ask them, they will tell you our women are more faithful in marriage than their counterparts abroad. They have lived both in Nigeria and abroad but still prefer our women.
Funny enough, foreigners are not exempted in this search for Nigerian wives. Just last year, a friend’s daughter had an Italian coming to seek her hand in marriage. They both met in Italy but this young man in his early thirties came down here with this girl to marry her traditionally and legally. I learned the man had vowed not to marry from his country because of the high rate of infidelity amongst their women,” argued another woman in her fifties.