We consume corn in a variety of ways: as food, as popcorn, in feeding animals and even for beautifying walls. Corn meal, for instance, is widely used in poultices. In fact, Iraqis make teas from its shiny, silky fibres at the tip of an ear of corn silk for urinary tract disorders such as bladder and urinary tract infections — or cystitis.

Corn silk contains many beneficial properties including allantoin, flavonoid, vitamins B, C and K, and potassium. Corn silk soothes and relaxes the urinary system, acting as a diuretic. It calms problems of the bladder and urinary tract inflammations that stem from infection.

Its potential healthcare benefits as anti-fatigue, anti-depressant, anti-diabetic, and as blood sugar-lowering agent have been claimed in several reports. In addition, its efficacy in the treatment of cystitis, prostate disorder, bedwetting and obesity has also been reported. 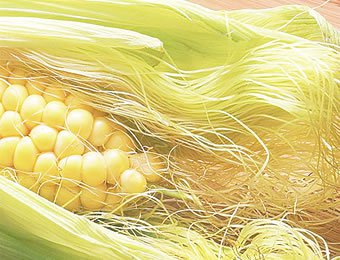 Corn silk’s potassium content acts as a diuretic by reducing fluid retention and eliminating deposits as well as irritants and toxins from the kidneys and bladder. It has been used safely for centuries to aid healing.

To make tea for treating urinary tract problems, a handful of corn silk was added to boiling water and allowed to infuse for 10 minutes. It was thought that three cups of corn silk tea a day are necessary for its healing effects to take hold.

In a 2012 clinical study, researchers evaluating the benefit of water extract of corn silk found that it significantly reduced the symptoms in patient with uncomplicated urinary tract infection (UTI), without any reported side effect, which indicated its efficacy and safety. It was published in the Journal of Intercultural Ethnopharmacology.

These were in 42 Iraqi patients with Urinary tract infection attending outpatient clinic in Alkindy College of Medicine, Baghdad, Iraq, over the period from October 2011 to March 2012.

All of the patients were followed up after five days, 10 days and 20 days from starting course of treatment with aqueous extract of corn silk.

Moreover, researchers also substantiated its usefulness in decomposing kidney stone. Its effectiveness was comparable with alkalinizer agent which is considered an effective decomposer factor.

This study also carried out at Al-Yarmook Teaching Hospital between October 2010 and April 2011 involved 60 male patients with ages range between 20 and 60 years.

The study reported that corn silk increased the urinary output and increased the percentage the passage of urinary stones through the urinary tracts without decomposed stones while alkalinizer agent increase the decomposition of stone. It was in the 2012 edition of the International Journal of Health and Nutrition.

The researchers suggested that corn silk plays important physical role in treatment by increasing the contraction of smooth muscles of urethra, leading to increase the urinary output without decomposition of stones while Uralyt-U- decompose stones by providing alkaline pH.

Meanwhile, drinking corn silk tea is also protective of drug induced kidney damage, experts indicated in the 2011 edition of Comparative Clinical Pathology. The researchers, who evaluated the toxic effect of corn silk on the kidneys of 60 Wistar rats, said corn silk may ameliorate kidney damage from prolonged use of an antibiotic like gentamicin.

Folk remedies show that the corn silks have been used as an oral antidiabetic agent in China for many years and as herbal tea in other world nations for the amelioration of urinary tract infection. But is it safe for the heart?

Experts assessing its safety on the functions of the heart using animal models said although it is medicinal, patients with compromised heart conditions, especially need to be careful drink corn silk tea.

In this study, which involved researchers at the University of Ibadan and published in the journal, Macedonian Veterinary Review, they reported significant changes in the heart rate of animals in the tested animals that had corn silk tea for a period of seven days when compared to the control group. Sections of the heart were found to be swollen.

Also, researchers at the Kwara State University suggested that corn silk extract does not predispose the animals to anaemic or cardiovascular condition when used in low doses and within a short period of time.