COSHONDA VANDERHALL CAUGHT SHOPLIFTING WHILE CHILDREN WE LEFT IN CAR 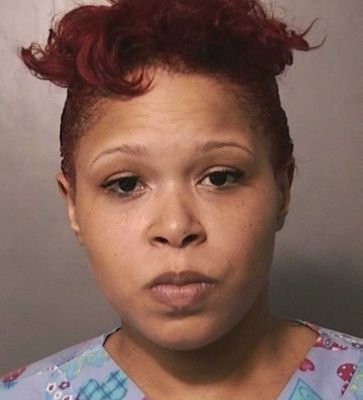 MINEOLA, N.Y. (CBSNewYork) – A Long Island mother faces a number of charges after police said she left her children in a parked car while she stole from a store in Massapequa.

Police said Coshonda Vanderhall, 31, of Mastic, shoplifted $270 worth of clothes from the J.C. Penny in Sunrise Mall in Massapequa. Vanderhall then allegedly punched a female security guard and threw her to the ground.

When Nassau County police arrived around 4:20 Tuesday afternoon, they determined Vanderhall left her two children in her parked car for two hours as she went inside the mall.

“It’s extremely dangerous to leave a 10-year-old and a 15-month-old in a car by themselves for that period of time,” Nassau County Police Inspector Kenneth Lack told Hall.

The children were not hurt and are staying with a relative.

Vanderhall has been charged with robbery and two counts of endangering the welfare of a child. She was due to be arraigned later Wednesday in First District Court in Hempstead.