Bishop Noel Jones, Ron Gibson, Dietrick Haddon, Jay Haizlip and Wayne Chaney are preachers that are a part of a show aired on the Oxygen network called Preachers Of LA. The show is said to chronicle the lives of five wealthy preachers, showing their weaknesses and short comings. 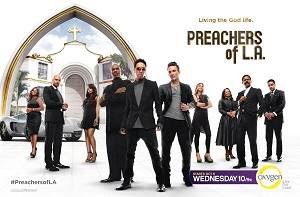 The whole irony here is that, the narcissism that has led to their success will be the undoing of many, not only in their own congregations but for people who are battling with the existence and truth of God. These pastors live more than lavish lifestyles from the offerings of their church members. Preachers of LA showcases five men who all have two things in common ; a gift and greed. Bishop Ron Gibson , in one of his explaintions compared himself to JayZ, saying that there was nothing wrong if JayZ was driving a Ferrari while Pstor Jay Haizlip said God meant for people to prosper.
Listen to what mega pastor Bishop T.D Jakes had to say about all this

72 thoughts on “WOLVES IN SHEEP CLOTHING”