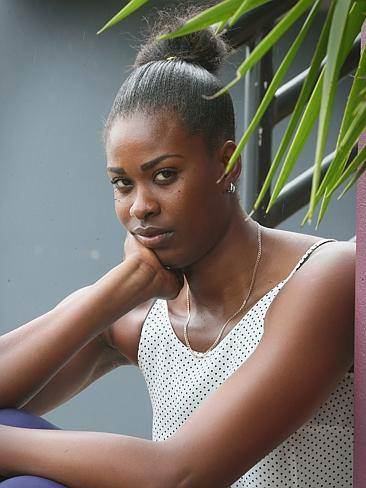 KINGSTON, Jamaica — Reports out of Australia are that Jamaican netball star Romelda Aiken has been the victim of a “racist” and “aggressive” cyber attack.

According to the Central Queensland News (CQNews), Queensland Firebirds captain Laura Geitz says the entire team has thrown its support behind teammate Aiken after her public admission that she has been the victim of cyber racism, bullying and aggressive threats.

The CQ News reported that the Jamaican star revealed that she sent a “naked photo of herself to a person she met on Instagram”.

The photo was then posted on various public social media platforms. The person then began a series of racial and personal attacks, stalking and threatening the star athlete over a period of months, the CQ News report said.

Australia’s Couriermail also reported that Aiken admitted she sent the stalker a photograph, “naked, taken side on. It was revealing — but at the same time showed very little”.

“The fact Romelda has brought her private turmoil out into the public arena at the risk of her own reputation will mean more young women may get the message that this is a form of interaction that can so easily be exploited,” Geitz is reported as saying.

“The Firebirds love and respect Romelda even more so now after knowing what she has been going through, and I think she is only going to be stronger for it.”

Queensland police have been investigating the matter, the CQ News report said.

Aiken began her netball stint in Australia joining the Queensland Firebirds in 2008.

0 thoughts on “CYBER STALKING OF NETBALLER”