DID THEY GET THEIR EQUIPMENT YET? 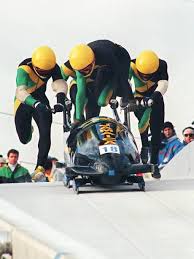 Winston Watts, the pilot for the Jamaican bobsled team.

KRASNAYA POLYANA, Russia — After significant crowdfunding campaign raised the necessary money, the Jamaican bobsled team made it to the Sochi Olympics.

However, their equipment, including necessary runners (blades), shoes and other gear, did

“We didn’t have nothing — no equipment at all,” Jamaican bobsled pilot Winston Watts said of watching the baggage carousel spin and spin around just before midnight Tuesday at the Sochi International Airport. “There’s nothing I can do right now. I’m just going to leave it to the chef de mission to deal with it. I just want to concentrate on the track.”

On an unofficial training day for men’s and women’s bobsledders, Watts had hoped to get two practice runs Wednesday on a track he has never been on before.

He said he hopes the equipment arrives later Wednesday or early Thursday morning so he and brakeman Marvin Dixon can practice.

Watts said he has a backup plan and could borrow runners and equipment from other nations. “We have a lot guys who’s going to help us,” Watts said. “They want to help us.”

In late January, Jamaica learned it qualified for the Sochi Olympics, but the team didn’t have the money to make the trip. Watts said they needed a minimum of $80,000, and a crowdfunding campaign on crowdtilt.com generated almost $130,000.

“There’s no such word to explain how I felt being here,” Watts said. “The atmosphere, the fans, the friends, you the media, it’s pretty exciting.”

“We’re the most lovingest people in the world,” he said. “Every moment is positive. We always keep the guys smiling. That’s our motto.”

The 1993 movie Cool Runnings was loosely based on the Jamaican bobsled team that raced in the 1988 Calgary Olympics.

“I still watch that movie as if it’s the first I’m watching it,” Watts said. “It’s very inspiring.”

0 thoughts on “DID THEY GET THEIR EQUIPMENT YET?”