Met, Mr. Vegas was right about the foreign media bringing Bolt down. It wasn’t front page news when he won 3 gold medals in 3 consecutive Olympics. But look what is on the front page of the New York Post. Bolt needs to be more careful. This NOT a good look. 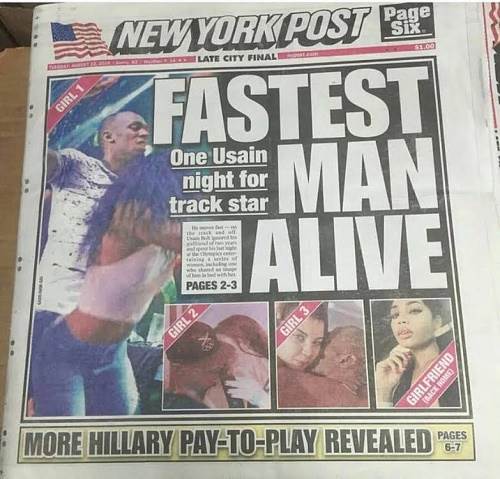