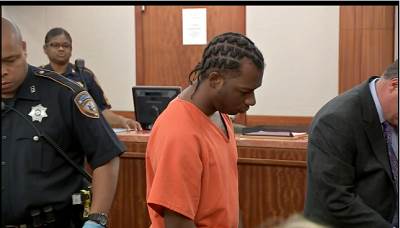 New details have emerged about David Richard Wilson a man from Texas who made headlines last week after he infected a 23 month old and a 14 year old with HIV.
Wilson faced the court on Friday to answer to his charges and admitted to the court that he was scared when he found out he had HIV. The previously registered sex offender said that he met his victims while working at a fast food restaurant where he was employed and investigators are asking other victims who may have had sexual contact with him to call the police.
Wilson was said to have been staying with family when his then 23 month old niece was found to have HIV, herpes and chlamydia last November. The toddler was taken to the hospital for an infection and was found to have three sexually transmitted diseases. Wilson was one of four people in the house who was tested for the STD’s. He was the only other person to test positive. However police investigating the case said the 23 month old child lived with her parents for a total of 7 months and was turned over to relatives in Houston Texas so they are unable to prove that Wilson actually did it.
The 14 year old admitted in a court affidavit that she had been having sex with Wilson since she was twelve and even after he tested positive for HIV, they continued to have sex and on their last encounter , they had unprotected sex. The 14 year old also tested positive for HIV, herpes and chlamydia. She admitted to social workers that she the two would park on a cul-de-sac near her school and have sex in his car. Wilson was denied bail by the presiding judge.