DI SENDER WAA KNOW IF A PRAYERS, LUCK OR OBEAH

A federal judge in Brooklyn sentenced a college student convicted of drug smuggling to probation, citing the “collateral consequences” she faces as a felon.
A jury convicted Chevelle Nesbeth, 20, of New Haven, Connecticut, of charges accusing her of smuggling 1.3 pounds of cocaine from Jamaica into John F. Kennedy International Airport last year.

She faced a maximum prison sentence of 41 months, according to court records.
However, Senior U.S District Judge Frederick Block sentenced her Tuesday to one year of probation, six months of home confinement and 100 hours of community service. 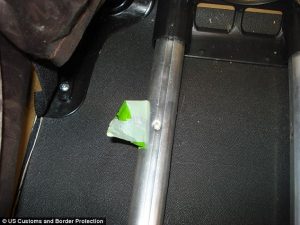 In a 42-page opinion, Block wrote that judges should consider collateral consequences of a conviction when determining a sentence. He noted that Nesbeth faces restrictions on access to public housing, student loans and the right to vote in some states.
Block wrote that “the collateral consequences Ms. Nesbeth will suffer — principally her likely inability to pursue a teaching career and her goal of becoming a principal — has compelled me to conclude that she has been sufficiently punished..”
=
A probation report recommended a sentence of two years, followed by three years of supervised release. The report noted Nesbeth was a first-time offender, is enrolled in college, is employed and “has otherwise lived a law-abiding life and is at a low risk of recidivism.”
The judge cautioned that collateral consequences wouldn’t be appropriate punishment in every case.
Teen Dies After Being Pulled from Water at NYC Beach: NYPD
Nesbeth’s public defender hasn’t commented on the sentence.

10 thoughts on “DI SENDER WAA KNOW IF A PRAYERS, LUCK OR OBEAH”