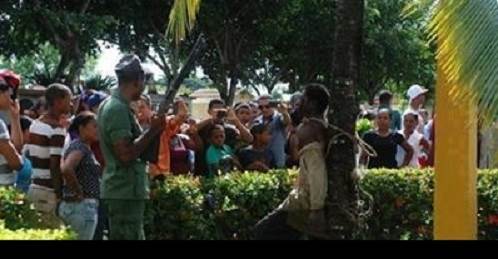 Apart from driving out Haitians that have been residing in the Dominican Republic, it was reported that the man in the photo above was killed publicly because he attempted to rob someone. What are your views?