Recording artiste Don Andre has called out the Youth View Awards (YVAs) committee for being biased in their selection of nominees for this year’s staging of the awards.

The deejay took to his Instagram page on Thursday to vent about his exclusion from the list of nominees.

In the lengthy post, the artiste expressed shock at not being considered for any award, highlighting that his song, Tom Cruise, was one of the biggest dancehall songs for 2016. He also questioned whether his nationality had anything to do with him not being selected.

“Dear @youthviewawards is it because I am from England why I’m not up for a nomination at this year’s staging? Tom Cruise was one of the biggest song of 2016, not only in Jamaica, but worldwide, and yet still it hasn’t been nominated in any of the 5 categories,” the post read.

“I’ve seen some of the nominees, and I must say most of them doesn’t make any sense. Most of these songs can’t even pass Harbour View Road or Spanish Town bypass,” it continued. 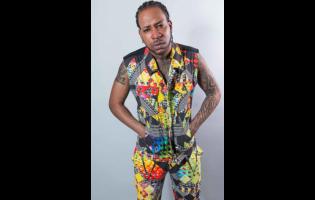 “It is crystal clear that some of the nominees do not reflect the happening of the past year, especially in the music categories. This is beyond shameful and proves that there is a serious problem with their nomination process,” he said.

Don Andre went on to say that him voicing his opinions has nothing to do with how he feels personally because he was neither hurt nor discouraged by the oversight. However, he said he wanted to bring the issue to public attention as there are too many hard-working artistes who do not get the recognition they deserve.

“It was necessary for me to get the attention of the public, as it is unfair to performers who worked hard. This helps to stagnate the industry as the individuals are being boosted when it’s not their time,” he said, adding that entertainer Charly Black should have also been included among the list of nominees.

“I was stunned that Charly Black hasn’t been nominated though he had one of the most popular hits of 2016. If this (awards show) was in fact the viewers choice, he would have definitely been nominated for an award.”