FINSON SEEKS TO HAVE TRIAL ADJOURNED IN KARTEL CONSPIRACY CASE 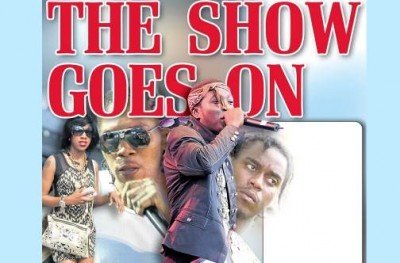 DEFENCE attorneys representing con-victed entertainer Vybz Kartel in the attempting to pervert the course of justice case are to make an application in the Corporate Area Resident Magistrate’s Court on September 22 seeking an adjournment of the trial scheduled for October 27.
Vybz Kartel, whose real name is Adidja Palmer, and his co-accused Vanessa ‘Gaza Slim’ Saddler, and Andre “Pim-Pim Henry are to be tried on charges of attempting and conspiracy to pervert the course of justice.
However, the defence lawyers are seeking to have the trial delayed until they get a transcript pertaining to evidence, which was given by the two technical officers from telecoms company Digicel in the entertainer’s murder trial.
On Monday when the case was mentioned before Magistrate Lorna Shelly-Williams, attorney Tom Tavares-Finson, who represents Palmer, complained to the court that prosecution witnesses were modifying the evidence that they gave in the murder trial.
“One of the principal witnesses offered a different statement than the one he gave in the trial,” he said.
Additionally, the lawyer told the court that, “new statements are being given by old witnesses.”
Tavares-Finson then asked the magistrate to allow the defence to make an application to postpone the trial, pending the availability of the transcripts, before Presiding Magistrate Simone Wolfe-Reece next Monday.
The application was supported by Saddler’s lawyer Pierre Rodgers, who said that the transcripts were vital to the defence’s case in the trial.
“We would be at a handicap without the transcripts, and that part of the transcripts in particular,” he said.
As a result, the magistrate scheduled the matter for mention for the attorneys to make their application.
In the meantime, the court was informed that Henry, who was previously assigned a legal aid officer, was seeking to get a private lawyer.
Vybz Kartel was subsequently remanded, while bail for the other two accused were extended.
The trio were charged in 2012 after an alleged scheme to deceive the police in their probe of the murder of Clive ‘Lizard’ Williams.
It is alleged that Saddler, in order to give the impression that Williams was not dead, reported to the Constant Spring police that Williams robbed her after the date he was believed to have been murdered. A text message was allegedly sent to Saddler’s cellphone instructing her to make the report to the police.
Vybz Kartel and three other men have since been convicted of Williams’ murder and are serving long sentences.
— Tanesha Mundle