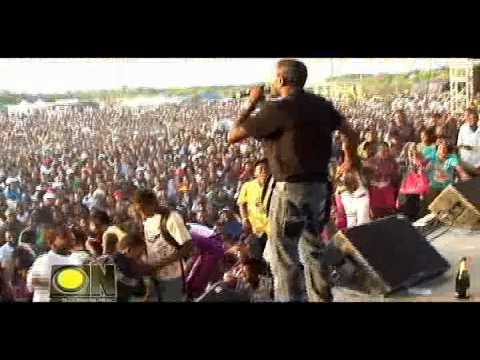 In the U.S, Marsha became restless, Mafioso was partying while she had to listen to the moans of the men who were in prison and provide money for those on their way to prison. Apart from throwing money at the crowd at Sting in December of 2010, Mafioso had blown tens of thousands of dollars at the gambling table, given a school in Waterhouse a hefty donation,however, he spent much more on the mother of his children. His ideal for these women was to own their own businesses; Mafioso had opened a cellphone business for one of the women. Another owned a clothing store while ‘’Wife 1’’ in Jamaica and ‘’Wife 1’’in Philadelphia U.S.A appeared to stay home and were in charge of handling his businesses.
Weeks turned into months and after Mafioso’s wardrobe began to look sparse, people wondered why he hadn’t yet left Jamaica. Flippa made light of the wagging tongues by naming the theme of his party ‘’Rewind’’ encouraging people to wear the outfits they had worn previously. Flippa recorded a song about the ordeal

‘’Mi nuh bruck’’.
Man a real bad man an mi nuh give a f***
Four months ina Jamaica dem a talk bout mi stuck
But how mi fi stuck and mi nuh bruck
Wi a kill dem me and mi X5 truck
Sonita began hearing the details about his other women via the internet and became uneasy. Twanna-Kay boasted about $39.99 Guess shoes Mafioso had bought her while she had to collect a monthly sum from Mafioso’s mother. She was ridiculed and called foolish because it was said that Mafioso did not allow her to go out.Sonita was monitored from the U.S .The relationship crumbled, and after an accident involving Mafioso and a pregnant woman, he returned to the U.S by boat, via the Bahamas.
Route via the Bahamas, was Mafioso’s ‘’link’’ , where a person wanting to enter the U.S flew from Jamaica, to the Bahamas and then transported by boat to Miami , Florida . Stipulations following the accident involving the pregnant woman did not permit Mafioso to leave the island because the woman involved in the accident was in danger of miscarrying. If the baby had died he would have faced additional charges. In other words; Mafioso was free to land on U.S soil, but unable to leave Jamaica. His attempt to enter into the U.S via boat got him thrown in jail for two weeks and then extradited to Philadelphia where he was said to have spent another six months pending an unfinished trial. The Jamaica Star, a newspaper in Jamaica, named Mafioso as a witness for the prosecution against; Julio Santiesteban and Armando Amat, who were charged with, encouraging and inducing an alien to enter or reside in the United States.
Mafioso was first spotted at a baby shower in New York, then on to the Buju Banton concert in Miami. Winfred Williams, a Jamaican journalist who attended the show, asked Mafioso about his run in with the law and the outcome. Mafioso’s response was that, he returned for a criminal case and it was finished, and the only thing pending was the re-entry case he has with immigration. When asked if he would return to Jamaica, Mafioso responded by saying that Jamaica was his home and he had no problems returning home but at the time Jamaica was too small for him. He went on to show the Burberry shirt he was wearing and stated that, Jamaica did not sell authentic Burberry shirts. http://youtu.be/DMMD949Mj5E
Miami, New York and Philadelphia’s most influential parties were all attended by Mafioso and his clan. Mafioso was back with a bang and side-chick Hioka and a few others came onboard. This is what someone had to say about the side-chicks and the Mafia ‘’wives’’. Mafia side-chicks pictured below 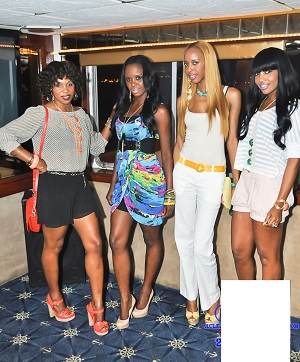 Women flocked to be at the parties he attended because they heard that he threw money in the crowd regularly. It was said on the streets that, one night Mafioso had intended on throwing out twenty dollar notes out but ended up throwing out hundred dollar bills in error.
Jamaicans everywhere became suspicious of Mafioso’s bail claim and began to wonder why he was really allowed to stay in the U.S… Legally, he had status in the U.S because of his marriage years before however it was unbelievable that he had not spent a day in jail for the gun charge. Sources close to Flippa said that he was well represented in court.
A family home was bought in St. Andrew Jamaica and Mafioso’s mother oversaw the removal of his cars from Sonita’s place to his apartment. His brother Kemar, started making money and bought his mother a house a few streets over from where she lived before. Kemar flew to Jamaica in 2012 and was said to allegedly have an orgy with Beenie Man’s daughter and a few of her friends.