FOR THE WIVES WHO WERE WITH THE MEN FIRST

I found these comments on an aids forum and just wanted to share. It is important to be cautious in the relationships that we are involved in 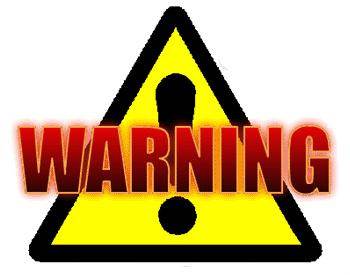 sandra james
October 23, 2011 22:51 PM
i am infected with the virus for 12 yrs now all so my husband he has infected me he mwt a 29 yrs old woman and end the marriage for her i no he infected her because he cant use condom he and her laugh chat and he deny me as a wife should i tell her that he is infected i think about killing my self she say i must live reality she run things now i no one day she is going to find out

Mary from TX (US)
August 13, 2011 02:46 AM
Im 25 yrs old I recieved the hiv positive news 7-21-11! I contracted it from my ex husband, normally an uneducated person abt the virus would say I had to be homosexual, or a drug user but in my case I WAS SIMPLY N LOVE..Im a firm believer that everthing happens for a reason & I am determined nt to let this MINOR setback get the best of me! I dont want to go into detail abt how rough my marraige was & as I put 2 &2 together my ex husband always had reoccuring rashes, swollen glands, & throat problem..I choose not to be hateful towards him now isolate myself from family/friends b/c I am human & I WILL NOT let this overtake mylife! So to the ladies reading this just stay positive & remember God will take the bad and turn it for the good! Weeping may endure for a night but JOY cometh in the morning!!! LIVE LAUGH & LOVE…

heartbroken
July 22, 2011 18:21 PM
My boyfriend cheated right after we had a baby & I recently found out he gave me HIV. For years I have been through one lie after another. I never left him & never did anything to get back at him. I’ve stayed loyal to him & I still love him. I am too scared to tell anyone about the HIV & he is not emotionally supportive (even though he is the one who cheated and gave this to me). I am at a crossroad. Even after cheating he has ignored his obligations to care for me as a woman & even after cheating he still continued to lie to me about other women. I feel completely let down. I feel so stupid to have believed all his broken promises and constant declarations that he loves me and he’s going to change. I have hung in there waiting for a better tomorrow and it still has not come. He is not making the necessary changes and he is not making it his top priority to take care of me the way he should. Even this amount of destruction hasn’t made him see the light and live right by me.

Cindy from NY
April 11, 2011 17:24 PM
I guess I’ll begin at the beginning. I met my husband in 1985. We dated for eight years before we married in 1994. (He was the only person I was with the whole time.) Eights years of dating was very up and down. After four years of dating he began to keep company with a bad crowd. We fought over it constantly. I married him anyway.

Our first year of marriage consisted of him lying about his whereabouts, not paying his share of the bills, calling me names, making fun of me, treating me bad. The only exception to the behavior was when he stayed away from the bad influences for a short period of time. My biggest issue was that he would come home drunk at all hours of the night and, on a few occasions, the next morning. He would come home, reeking of alcohol, and sleep it off.

His family and I argued over it because they seemed to believe that as long as he came home I shouldn’t get mad at him. Sometimes they told me, “You should go out more often, then maybe you wouldn’t get so mad at him,” or “He is allowed to have friends.”

I tried to convince him to go to marriage counseling. He wouldn’t go. We argued every day and night over his lies and whereabouts. Finally, I gave him an ultimatum to either go to counseling or I would leave. He said, “You go … you’re the crazy one.” Things escalated I argued with his family because they encouraged his behavior. (I knew he and his friends did coke and basically never had jobs, etc.)

I took my two year old, went to my moms and never came back. I never called people to look for him again or ask where he was, because I didn’t care anymore. I went to work and struggled. He then agreed to go to counseling and slowly began to drift away from the bad influences that he called friends. (Unfortunately, his family and relatives were no better.) We discussed our families and learned about each other and ourselves. After five years of separation, I slowly and hesitantly grew closer to him again. He grew more responsible and was slowly turning back into the person I met and loved.

One day in the year 2004. I was visiting with him at his mother’s home (he lived there). I noticed his fingers were blue. He complained he couldn’t breathe. I told him to go to the hospital. He did. He had pneumonia and was in the ICU for a week. He said that they were trying to determine if he was sick in his lungs from his helping at ground zero. When he came out of the hospital, he looked great because he had lost weight. He became even more responsible. In 2005 we bought a house in the suburbs. I always resented him for all that he put me through and what his family put me through (You are only getting the short version).

We used a condom and I didn’t like to kiss him much. Then he got warts. I was angry knowing that he could have cheated on me before we separated since many nights he didn’t come home till morning. Or he may have been with other women when we were separated.

Last year he had an earache, which turned into herpes zoster. I made him go to my specialist. In the past he went to his own doctors. He told me that he only trusts the doctors in our old neighborhood. But on February 2, I found a pill on the kitchen floor. I looked up the name on the Internet. I did some investigating and found by miracle an old hospital report. It indicated that he had tested positive for HIV 1. When he returned from work, he went to bed. I needed to confront him. I told him that I knew and that it was okay. I wouldn’t desert him. He closed his eyes tight.

Now, I understand why we never had a normal sex life, why he kept his toothbrush in a different area of the bathroom, high on a shelf away from mine and our child’s, why he never wanted to go out and socialize anymore, and why we only ate at certain places and he no longer wanted to try new places.

Yes, he lied for six years that I know of. He made sure not to infect me, which I respect. I tested negative on the rapid mouth swab, however I will go back again late April to get tested again.

I’m not sure if I want to stay with him because while we dated, we talked about having three kids. All these years we had fought over nonsense. We got back together. We bought a house. I have been telling him that I want another child. He made every excuse in the book. I feel he took that dream away from me with lies, and now I find out he has HIV and is the perfect husband! Yes, a wonderful husband, through it all he never forgot a birthday or an anniversary. He loves our child tremendously. I’m now in my forties and after finding out his status, my chances of adopting a child are not likely. My feelings are up and down, and I resent him for taking away my spirit and dream and feel thankful for him at the same time.

I’m the only one that knows about his status. He will not tell me from whom or when he thinks he got it. I feel that knowing this information is important to me. I need to know if it was when we were still together or while separated. Either way, I feel cheated since I never went with anyone during our separation. Am I wrong to pursue asking him? I feel I have the right to know.

Thank you for listening. I go to counseling, but I need it every day, not once a week — lol.