A millionaire fashion designer living in the Bahamas has claimed he is getting younger because of stem cell treatment.

Peter Nygard, a Canadian citizen born in Finland, claimed scientists were hoping to use him as an example of how stem cells could reverse the ageing process.

Nygard was said to be hoping to open a stem cell clinic in the Bahamas after prime minister Perry Christie passed legislation allowing stem cell research and therapy to take place.

Nygard told the Bahamas Tribune: “Stem cells are being used for anti-ageing and the University of Miami is doing a study about that to prove that it is true. They are looking at me, and my markers have shown exactly that I have been actually reversing my ageing and getting younger.

“I am taking perhaps more stem cell treatment than anybody else in the world. I have been doing it for four years now, so I am sort of a testimonial that this stem cell really works.”

The founder and chairman of Nygard International is assessing possible locations in the Bahamas where he can build his stem cell clinic, estimated to cost around $50m (£29m).

He told Freeport News: “I started stem cells when I wanted to find a cure for my mother who I loved very much and western medicine was not able to cure her. 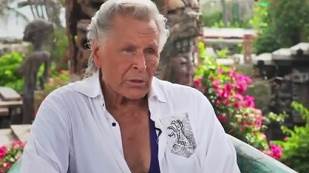 “If I had discovered stem cells a year before, I think that she would still be here with me.”

Nygard is hoping to build his clinic on the islands of Freeport or Grand Bahama.

“If we can perhaps find suitable areas and make suitable deals then that can be a major contribution and this might be what Grand Bahama is looking for,” he said.

NEWSER) – A Finnish-Canadian billionaire says scientists have found a way to make him younger. Fashion designer Peter Nygard claims he is getting more stem cell treatment than anyone else is currently receiving, and scientists have found “my markers have shown exactly that I have been actually reversing my aging and getting younger,” the BBC reports. The 70-year-old says he has been undergoing stem cell treatment for four years, and that the University of Miami is currently studying him.

Nygard lives in the Bahamas, where he is an advocate for stem cell research and wants to open a $50 million stem cell clinic. He says his interest in the subject is about more than just a desire to be younger. “I started stem cells when I wanted to find a cure for my mother who I loved very much and Western medicine was not able to cure her, he tells the Freeport News. “If I had discovered stem cells a year before, I think that she would still be here with me.” The Winnipeg Free Press notes that Nygard has released a 10-minute YouTube video (“Bahamas Stem Cell Laws: The Peter Nygard Breakthrough”) that shows him “dancing with young women in a nightclub” (with a Will.i.am and Britney Spears song playing in the background), “leaning out of a sailboat, playing volleyball,” and living what the narrator describes as “a life that most could only dream of.” (Harvard scientists recently said they were able to reverse part of the aging process … in mice.)