I DO NOT BELIEVE THIS STORY NOPES 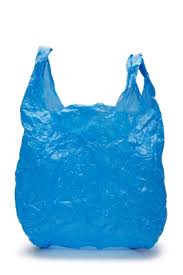 Plastic bags are a trending substitute for condoms in schools, THE WEEKEND STAR understands.

Information reaching our news team is that students use plastic bags to substitute for the rubbery contraceptive because it’s cheaper and more convenient.

In one of the Kingston-based high schools where students have admitted to the practice, THE WEEKEND STAR understands that help has been sought from the Ministry of Health, and the institution is seeking the participation from other support groups to encourage pupils to focus on their academics.

A source who worked closely with one such school said pupils are caught regularly having sex on the compound.

“It’s a phenomenon, the school is trying to assist with the problem by asking motivational speakers to go in and talk to the students. Some of the students are having unprotected sex, and I hear that sometimes when the females refuse to have sex with a particular male student, that female student is sometimes raped by boys,” the source said. “I heard that some students use bread bags, bag juice bags, even those bags that cheese come in. Education is not a priority for some of these students.”

During an interview last May, director of guidance counselling at St George’s College, Maureen Wong, said that some students there have confessed to using plastic bags as condoms.

“They use what they call ghetto condoms when they can’t afford to buy one. I have interviewed several boys who have used this ghetto condom; where a clear plastic bag is used during sex,” Wong said.

Dr Lori-Ann Henry-Johnson, a medical officer who works in St Catherine, said there could be allergic reactions. “A plastic bag is not a tested or an approved barrier method, a condom is. It is better than not using anything at all, but I cannot say it’s acceptable. With a plastic bag, there could be a breakage, which could lead to pregnancy, sexually transmitted diseases or even AIDS,” she revealed.

0 thoughts on “I DO NOT BELIEVE THIS STORY NOPES”