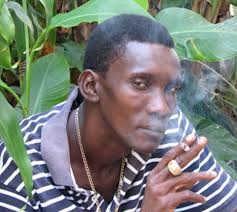 Music producer to be buried on Sunday

THE funeral of music producer Patrick ‘Roach’ Samuels is scheduled for the Fellowship Tabernacle Church, 2 Fairfield Avenue, in St Andrew on Sunday.

The ceremony is slated for a 2:00 pm start. Interment follows in the Meadowrest Memorial Park in St Catherine.

Samuels, 46, was shot multiple times on Manning’s Hill Road shortly after he left a party on September 15.

The Constabulary Communication Network says arrests are yet to bemade. However, investigations are ongoing.

Samuels rose to prominence with the Siren beat, a take on Quincy Jones theme song from Ironside, the 1970s American television show.

Two songs on the Siren riddim, Sean Paul’s Break Out (from the multi-platinum The Trinity album) and Vybz Kartel’s Emergency were hits.