IMPROVE YOUR SPERM COUNT WITH WALNUTS

The type and quantity of fat eaten by men could have a major impact on fertility and the structural quality of semen. Researchers say that consuming walnuts everyday because of the type of fat it contains could help to boost sperm health. 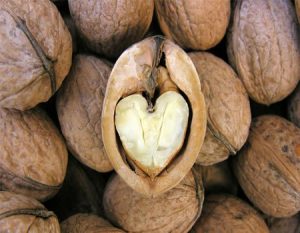 In the western part of Nigeria, African walnuts are known as ausa or asala while they are known as ukpa in the southern part of the country. Walnuts are rich in alpha-linolenic acid (ALA), a plant-based omega-3 fatty acid, which makes up one of the nut’s profile of healthy polyunsaturated fats.

In the study published in Biology of Reproduction, the randomised control trial showed that eating 75 grammes of walnuts per day improved sperm vitality, motility and morphology in men compared to men who did not add walnuts.

They suggested that eating walnuts may actually help improve sperm quality by reducing peroxidative damage in sperm cells, although more research is needed to understand the specific nutrients in walnuts that may contribute to this improvement.

A western-style diet has been blamed for lowering sperm function, especially motility, vitality and morphology in both humans and animals.

A diet high in processed food, sugar and refined grain has been shown to play a major role in obesity and DNA damage in male germ cells; reducing rates of fertilisation and impacting on the health of the foetus and offspring.

In the study, healthy and infertile male mice were randomly given a walnut-enriched diet or a control diet without walnuts for nine to 11 weeks.

Previous work has shown that the type and quantity of fat eaten by men could have a major impact on fertility and the structural quality of semen.

In the 2009 study, researchers suggested that infertile men have lower levels of omega-3 fatty acids in their sperm than fertile men, suggesting the possibility of using its supplement to boost sperm quality.

The ratio of omega-6 to omega-3 was also found to be higher in infertile men, according to findings from a study with 150 men in Iran in the peer-reviewed journal, Clinical Nutrition.

“These results suggest that research should be performed to assess the potential benefits of omega-3 fatty acid supplementation as a therapeutic approach in infertile men,” wrote the researchers, led by Mohammad Reza Safarinejad from Shahid Beheshti University in Tehran, Iran.

The researchers measured levels of polyunsaturated fatty acids in the blood plasma and spermatozoa of 82 infertile men who suffered from defective production of spermatozoa, and 78 fertile men.

Meanwhile, walnut-rich diet is beneficial against prostate cancer. In a study, only 18 per cent of mice fed with the walnut-enriched diet developed prostate tumours while 44 per cent developed them when fed a control diet.

The trial data, published in the journal Cancer Investigation, investigated whether a walnut-enriched diet had benefits over a non-enriched diet in a mouse model of human prostate cancer after previous findings suggested that walnuts had a beneficial effect on breast cancer.

Also, walnuts have also been linked to boosting cognitive function adding to their efficacy and health benefits. Writing in the Journal of Nutrition, they indicated that participants who increased intake of walnuts, along with oranges, orange juice, apples and pears, and romaine or lettuce, were less likely to have incidents of physical impairment that could restrict independence.

However, associations with each component and with specific foods were generally weaker than the overall score, suggesting overall diet pattern was more important than individual parts.

Additionally, frequent consumption of walnuts could help to slash the risk of type 2 diabetes by almost a quarter. The data comes from more than analysis of 135,000 people in the USA over a 10 year period.

In the study, the researchers investigated the possible association between walnut intake and the incidence of type 2 diabetes in two large cohort studies: the Nurses’ Health Study (NHS) and NHS II.

Writing in the Journal of Nutrition, the team showed that eating walnuts two or three times a week is associated with a 24 per cent reduction in the risk of developing type 2 diabetes.

Walnuts are good for reasoning, researchers have also reasoned. According to new research published in the British Journal of Nutrition, students and young professionals in fields that involve a great deal of critical thinking or decision-making could benefit from regularly eating walnuts.

One thought on “IMPROVE YOUR SPERM COUNT WITH WALNUTS”