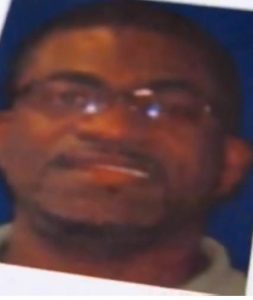 Donovan Anthony Reid was found shot to death on the porch of his south Oak Cliff home on March 29. At the time police said only that the 49-year-old had been killed during what appeared to be a burglary committed by several suspects, among them 29-year-old Clint Dewayne Stoker, who was initially arrested and charged with capital murder. His attorney, Brad Lollar, says Stoker is now being held solely on a burglary of a habitation case.
Documents filed in federal court Thursday suggest it was much more than a simple burglary of a residence gone wrong: Federal prosecutors now say that Reid was a drug dealer who had more than $900,000 hidden in briefcases stashed in two safes in his bedroom. They also say Dallas police officers and Drug Enforcement Administration agents discovered “numerous detailed drug ledgers” in one of the safes.
“A review of the ledgers showed that Reid collected approximately $28 million in proceeds from the sale of narcotics from August 2002 to February 2013,” according to the affidavit of a DEA special agent.
The government is hoping to keep the $911,053 found in the Brook Valley house.
According to the complaint for forfeiture, when Dallas PD homicide detectives found Reid’s bullet-riddled body at around 11:30 p.m. March 29, he had about six ounces of marijuana on him. At that point, homicide detective contacted DEA agents, who quickly secured a search warrant from District Judge Rick Magnis. Five hours later they searched the house and found the safes — as well as the combinations for both, which had been stored on cell phones kept in the house.
But officers and agents didn’t find just the briefcases, cash and ledgers. According to the affidavit, they also discovered a digital scale, a black shoulder bag filled with “an assortment of keys,” gallon-sized Ziploc bags and 15 cell phones.
There was also a copy of a Dallas police report from Jan, 15, 2012, involving the seizure of narcotics at 2717 Peabody Avenue near the intersection of Martin Luther King Jr. and Malcolm X Boulevards. The public report contains no information. But according to federal documents, Dallas officers responded to a gunfire call at that residence and wound up leaving with more than 1,100 pounds of marijuana discovered in the house.
During the course of their investigation, officers discovered that Reid — also known as Ricky Barnes — had moved to Texas from New York, where he left behind an ex-wife, two sons and, from the early 1980s, arrests and guilty pleas for marijuana possession in New York City. He was first arrested in Dallas in 1986, charged with, among other things, the aggravated assault of a police officer. Three years later he was arrested by the Dallas County Sheriff’s Department and charged with dangerous drug and illegal investment, for which he was convicted and sentenced to 10 years in prison.
The Texas Department of Criminal Justice says he was released July 13, 1990, and was sent by U.S. Immigration somewhere “out of the country”; TDCJ doesn’t know where he was sent or why. But he was formally released by TDCJ on April 29, 1999.
___________________________
Brook Valley Capital Murder Arrest
April 4, 2013 at 10:50pm
On March 29, 2013 at approximately 8:00p.m., Dallas Police Officers responded to a “random gunfire” call to the 800 block of Brook Valley. Upon officers arrival they discovered the victim, Donovan Anthony Reid, B/M/12-07-1963, lying dead on the front porch of his house at 816 Brook Valley. It appeared that the victim sustained multiple gunshot wounds and was pronounced deceased at the scene by Dallas Fire and Rescue personnel.
During the investigation it was determined that the suspects forced entry into the house and then shot and killed the victim during the burglary. Crime Scene Response Unit responded and processed the victim’s house for evidence and lifted prints from an item in the house that appeared to have been handled by the suspects. Crime Scene Response Unit conducted a comparison of the recovered prints and individualized the lateen prints to suspect Clint Dewayne Stoker, B/M/05-17-1984.
On April 3, 2013 an anonymous witness came forward and told Detectives that Suspect Stoker admitted to him that Stoker and at least three other accomplices committed this offense. Suspect Stoker told the anonymous witness details of the offense that only the suspects and detectives would know.
On April 4, 2013 Suspect Stoker was arrested on unrelated warrants and taken to the Dallas Police Homicide Unit for questioning. Suspect Stoker admitted that he burglarized the complainant’s house on the day of the offense, but denied any involvement in the murder. The suspect was taken into custody and has been transported to Lew Sterrett County Jail. The arrestee is currently being held on a $500,000 bond.