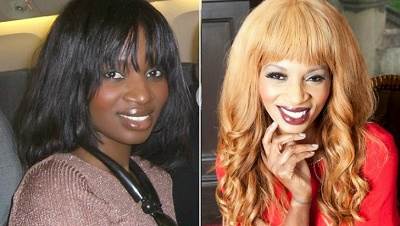 According to the Ivorian Ministry the ban is mostly targeted at the skin whitening products containing mercury and its derivatives, cortisone, vitamin A and more than two percent hydroquinone, a lightening agent that is mostly used to develop photographs.

The statement declared that the widely used cosmetic lightening and hygiene creams are now forbidden in the country as they are likely to cause serious health threats to the people using them. A startling claim that was corroborated by a member of Ivory Coast’s pharmaceutical authority, Christian Doudouko.

“The number of people with side effects caused by these medicines is really high,” he said, adding that they could cause serious skin conditions such as skin cancer.
Billboard advertising skin lightening products. Source: newsforafrica

Dermatologists have also tried to warn people about the hazards of using the products which they say could lead to hypertension and diabetes.

While there are no official statistics of women using the products in Africa, women from all walks of life including India, Pakistan, Japan, America as well as the Middle East, have also have also resorted to bleaching in their quest for “beauty”.

The ban comes at a time when skin bleaching advertisements have played a pivotal role in twisting people’s perception of beauty by portraying people with light skin as the most beautiful thereby pushing women to bleach their skin in search of beauty.