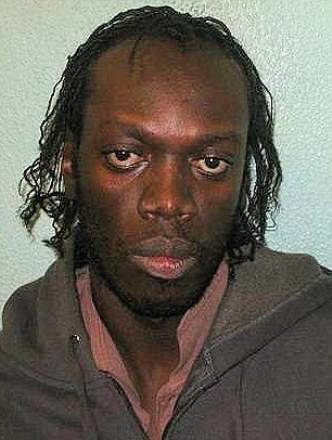 UNITED KINGDON — A Jamaican crack dealer who went by the name ‘Blood’ has won the right to stay in Britain despite being jailed for drug offences.

The DailyMail online news reported that Keno Forbes, 35, was also banned from an entire London borough but has been told he can stay in the country because deporting him would breach his family life.

The article said that Forbes admitted 11 charges of supplying ‘class A’ drugs and was jailed at Blackfriars Crown Court in 2011 for three years for dealing heroin and cocaine in Islington, North London. He cannot go back there for 10 years.

Forbes was first arrested in July 2011 following a police crackdown on drug dealers called Operation Amargosa. He had a previous conviction for possessing Class A drugs from 2009.

“The Home Office initially applied to have the Jamaican deported but he won his initial tribunal and then won an appeal as well,” DailyMail said.

Justice McCloskey, president of the Immigration and Asylum Chamber Upper Tribunal, said it was a ‘borderline case’ but ruled that he had decided ‘narrowly in favour’ of allowing Forbes to stay.

His lawyers successfully argued that deporting Forbes would ruin his relationship with his wife and children.

He concluded that if the Jamaican was deported: “His wife and children will, realistically, remain in the United Kingdom, giving rise to long term decimation of their established family life.”

At the time of his conviction, Police Constable Claire Millward, from the Islington Crime Squad, said: “This was a protracted investigation to tackle illegal drugs supply in the borough. Forbes came into Islington solely to sell drugs.

His sentence and subsequent ASBO means that he will no longer be able to saturate the streets with his illegal drugs or indeed make a profit from his criminal activities.”

But the Home Office has strongly oblected to the ruling. “We are disappointed by the tribunal’s decision and are now considering our options in this case. We firmly believe foreign nationals who break the law should be deported,” a spokesman said.

“We are starting the deportation process earlier and removing foreign criminals quicker than ever. Since 2010, the Home Office has removed or deported more than 17,000 foreign national offenders, including 4,765 in 2012.

‘Through our Immigration Bill we will reduce the 17 rights of appeal to four and those with no right to be here will not be able to prevent deportation simply by dragging out the appeals process.”