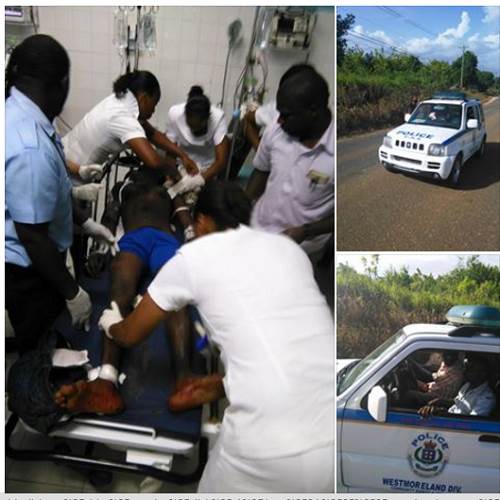 Zavian Patterson added 3 new photos.
Yesterday at 12:31am ·
This man was shot four time by gun man who rob him of his car.. two police officers were passing moment after he was shot we beg them to take him to the hospital they refuse…. i stood their in shock still cant understand y they would refuse to take him.. in the service car… to the hospital.. i want the commissioner to know what happened… he was taken by a citizen in his private car to the sav Lamar hospital..