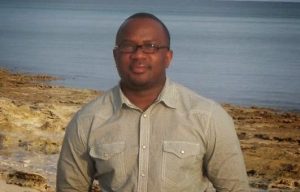 Understanding the dreams you dream-Generational and Ancestral curses
Satan’s’ primary purpose of invading our dreams is to continue the cycle of Ancestral, generational and bloodline
curses.
Unfortunately, for the most part the dreamer succumbs to his subtle tactics simply because they are unaware of his devices. I cannot emphasis enough that victims of Satan and his cohorts are only victims because of what they do not know. Thus, the power of Satan is solely based on the ignorance of his victims
With the above being said, today we will be focusing our attention on dreams that indicate or represents ancestral, generational or bloodline curses. Now, a generational, bloodline or ancestral curse is basically a negative characteristic, behavior or performance that is consistent throughout the length and breath of that family and by extension their past present and future generations.
Evidence of such curses in that particular family would be a consistency in divorce, marrying late or not being married at all, poverty, Alcoholism, miscarriages, unable to have children, anger, homosexuality/Lesbianism, witchcraft, sexual perversion such as pedophiles, rape, bestiality, masturbation etc. again, anything in that family that displays a consistency of negativity can be considered a generational, ancestral or bloodline curse.
Every curse has a beginning; it will always be the elusiveness of this beginning that will secure its tenure in a family. The bible tells us that a curse causeless cannot come, Proverbs 26:2. This particular scripture is clearly suggesting that there must be a cause in order to facilitate any curse. Meaning, a curse cannot just jump on a family or randomly subdue a family. The reality is a curse is derived via the consistent sin or consistent violating of the laws of God. For example consistent lying is upgraded from just a sin to what is called iniquity.
God said that he will visit the iniquity of the fathers upon the children unto the third and fourth generation of them that hate him, Exodus 20:5, Exodus 34:7, Numbers 14:18, Deut. 5:9. So it was the iniquity (repetitive un-confessed sin) of our forefathers that started generational curses in our families. If our forefathers were practitioners of witchcraft then this explains the spirit of witchcraft in our family etc. Bear in mind that generational curses are enforced by familiar spirits. Familiar spirits are just that, spirits that are assigned and familiar with the afflicted family. They see to it that the curse is consistent and increase in strength throughout each generation.
Fortunately, our dreams would usually reveal to us the ancestral, bloodline or generational curses that are in our families. The following dreams would indicate generational, ancestral, bloodline curses:
– Having sex with your relatives in your dreams
– Dreaming about dead relatives, particularly your grandparents
– Seeing yourself worshiping idols
– Seeing yourself or relatives consulting with witches or warlocks
– Dreaming of dead relatives especially if the deceased relative died from some type of sickness. It would be that particular sickness the familiar spirits want to enforce.
– Dreaming of yourself or family members dancing or performing a family tradition.
-Dreaming of deceased or living relatives drinking blood or sacrificing at an altar
– Dreaming of your living or decease grandparents’ home or property
– Dreams where you are looking in a mirror but instead of seeing yourself as a reflection you see a relative especially your grandparents.
-Dreaming of family heirlooms such as jewelry, painting, property etc.
-Seeing yourself or other family members in the same negative position as your deceased or living relatives.
-Dreaming of items being buried on the property or home of relatives, particularly that of your forefathers.
-Always dreaming of a particular tree or a particular spot on your property or that of your relatives
-Dreams of your decease or living relatives speaking in another language and making evil hand gestures.
-Dreams of yourself being chained, tied, shackled or imprisoned with deceased relatives
-Dreams where your see deceased or living love ones signing agreements or covenants with strangers
My friend, it is such dream indicators and many more like them that are saying to the dreamer there is a generational curse ruling their family and at the same time determining their consistent negative outcome. The question is how do we break such curses?
Well, we must first recognize that there is an active curse in our family and to specifically identify that curse. For example is it a curse of having children out of wedlock? Is it a curse of divorce? Or is it a curse or marrying late or not marrying at all? Whatever it is it must be identified so that specific prayer and fasting can be launched against it.
Scripture says the following, “If they shall confess their iniquity and the iniquity of their fathers, with their trespass which they trespassed against me, and that also they have walked contrary unto me, Leviticus 26:40. As a reminder iniquity is the abuse of sin that not only causes that repeated sin to be upgraded to what is known as iniquity but at the same time paves the way for generational curses that God promise he would visit that iniquity of the fathers upon the third and fourth generation. Fasting will break the bands of wickedness, set the captive free, undo heavy burdens and break every yoke that kept that family in bondage, Isaiah 58:6.
Join me next time as we dig deeper into the mystery of our dreams and what exactly are they saying to us.
Written By: Kevin L A Ewing
kevinewing@coralwave.com
kevinlaewing.blogspot.com