Lasco Fires Employee Who Made Controversial Tweet About Omar McLeod 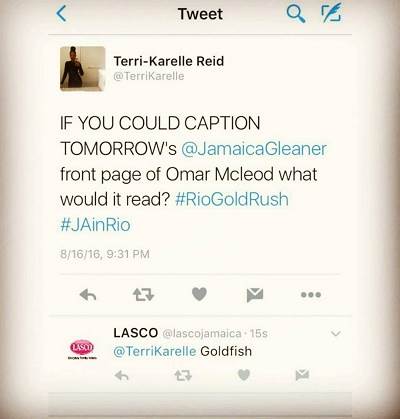 Manufacturer, Lasco Distributors Limited, says it has fired an employee who made an inappropriate tweet from the company’s Twitter account following the historic win by 110-metre hurdler Omar McLeod last night.

She encouraged her followers to celebrate all Jamaica’s athletes and unite to reject hate and bigotry.

In a further statement it said it had terminated the employee who made the tweet as it was a violation of the company’s code of conduct.

The company says it has the utmost respect for McLeod and apologised to him for any embarrassment caused by the social media post.