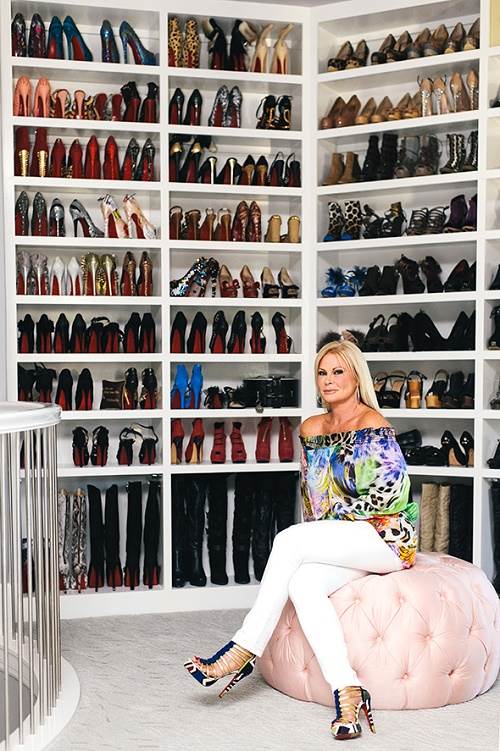 Earlier this month we told you about Theresa Roemer, a Houston area woman who went on television to proudly showed off her expensive 3,000 sq ft / 3-story closet full high end bags, shoes and expensive jewelry only to be robbed of it all shortly after. Well, there’s been a new twist in her case and it all sounds a bit fishy.
According to reports an anonymous person has come forward to admit that they are the culprit behind the robbery that was caught on surveillance cameras. They contacted a Houston Press reporter over the phone and using a voice changer device, admitted to stealing the items. They also say that they items they took from Theresa Roemer, including Rolexes, Cartier and more, were all FAKE! The anonymous culprit offered to give the items back to Theresa Roemer for a $500,000 reward but when she did not comply, they kept the goods.
It’s gets even crazier. To prove to the Houston Press reporter that they were not joking about being the bandits that hit Roemer’s closet, they mailed back one of the items they took — a locket with a lock of Theresa’s deceased son’s hair.
Theresa says the items stolen were valued at over $1mil. Why does this whole story sound sketchy to me? Has she filed her insurance claim yet?
http://www.balleralert.com/#ixzz3AliQAaQd