Gbeminiyi Solaja brings to the fore the welfare challenges workers grapple with in factories run by Chinese and Lebanese nationals.
When Obiora Onuha, a worker in a Chinese factory in Lagos woke up on a sunny Tuesday morning, the world seemed bright and cheerful; little did he know it was a day he would never forget. Obiora got to the factory that fateful day at exactly 7: 15 am after closing 8:30pm the previous day. He left home hale and hearty after a meal of bread and stew.
The first person Obiora met on getting to the factory was his supervisor, a white man whom he and other workers nicknamed Moddy.
ADVERTISEMENT
Work started as usual at about 8:15 am in the aluminium department where Obiora worked on the cutting machine. He had worked on the shinning equipment for a year. As he swayed the glazing rolling machine to cut a piece of aluminium, his left hand ran into the mouth of the sharp cutter, slicing his hand.
Suddenly, the room was dark, Obiora’ s eyes dimmed, the future became gloomy for the dashing 34-year-old bachelor.
When he was rushed to the health centre, his hands were gone; they had to be amputated from his elbow below. 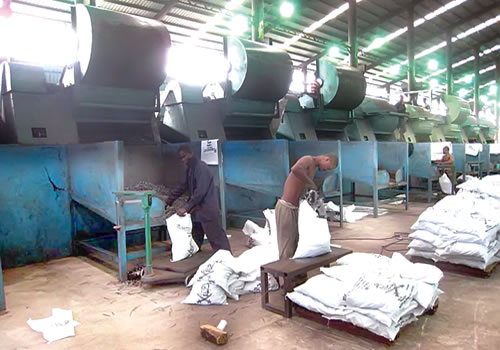 0 thoughts on “LEBANESE-CHINESE FACTORY IN LAGOS COMPARED TO SLAVERY”