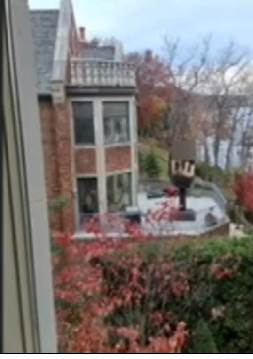 An angry yet strangely creative ex-lover out in Orchard Lake, Michigan came up with a way to show his ex-wife just how he feels.

Alan Markovitz recently moved into the home where the statue was erected, which happens to be next to the home where his ex-wife now lives with her new lover, whom she reportedly had an affair with while being married to Markovitz.

Markovitz tells FOX his plan was to get even with the ex-wife’s new lover, and never meant for the matter be made public. However, it soon grabbed local attention when the ex-wife’s daughter posted a picture of the statue on twitter.

The installation of the statue also included a spotlight to keep the message illuminated at all hours of the day.

Markovitz owns three strip clubs in Detroit recently wrote a book about his entrepreneurship, which is reportedly being turned into a TV reality series on