MARIAH CAREY SISTER USE HER SONGS FI PICK UP TRICKS 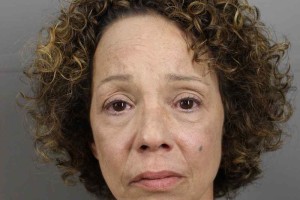 Mariah Carey’s lyrics were actually used in the ad her sister posted online looking for Johns!
The pop diva’s sister was arrested on a prostitution charge in Saugerties on Friday and police are saying anyone who may have had a sexual encounter with the woman should see their doctor.
Alison A. Carey, 55, the older sister of Mariah, was arrested by Saugerties police after an undercover investigation. She was prostituting out of an unnamed Saugerties hotel. She offered sexual favors in exchange for money from an undercover cop.
According to police, when she was arrested Carey identified herself as the sister of Mariah.
An ad posted online contained two photos of Carey and read –
“Im a pretty lady looking for guys who are looking to have some fun and get into a world of pleasure that other woman just cant provide two you,woman with the ability to make the earth move for you and to get you to see stars, oh yea with me its, ”ITS SUCH A SWEET,SWEET FANTASY BABY, WHEN I CLOSE MY EYES I COME AND TAKE YOU ON AND ON.”
Ummmmm…. yep, that’s from Mariah’s 1995 hit, “Fantasy”

Carey was arraigned and sent to the Ulster County Jail in lieu of $1,000 bail.
She is due in Saugerties Town Court on Tuesday, Aug. 30.