MAURICE WHO ONCE HAD A WIFE SAYS PORTIA BETRAYED THE GAYS 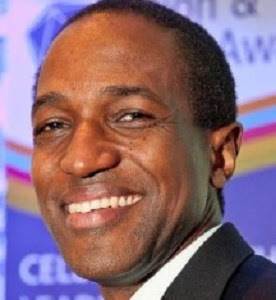 He has been involved in HIV/AIDS and LGBT activism in the Caribbean for over 14 years.

The Jamaican criminal code prohibits sex between men and sentences for buggery can include 10 years imprisonment with hard labour.

“She did say on April 4th at the state opening of Parliament that the review of the law is not a priority because it doesn’t concern the majority of Jamaicans who are poor,” Mr Tomlinson toldPinkNews.co.uk.

“Basically she has no interest in going forward with this and that’s been a blatant betrayal of the LGBT community that supported her election and has left a bitter taste in the mouth.”

As part of her election campaign in 2011 Portia Simpson-Miller vowed to review the legislation.

However, since then, the issue has remained unresolved.

On 4 April, Mrs Miller told reporters at Parliament: “We have to go to our constituents, consult our constituents and then we go with the decisions of those consultations.”

The Prime Minister refused to say when those consultations would take place.

“I can’t tell you when because you’re going to hold me to your timeline,” she said.

Mrs Simpson Miller said her government had to “take tough decision,” but added that the issue, “does not impact in a serious way the majority of our people who are poor.”

Maurice Tomlinson believes prominent black MPs in Britain, such as Labour’s Diane Abbott and the Conservative MP Kwasi Kwarteng should begin a dialogue with their Jamaican counterparts. The lawyer cites Britain as a prime example of a country that abolished homophobic legislation.

He continues to fight in the Jamaican courts for the law to be repealed.

Although the Jamaican Supreme Court has repeatedly ruled against overturning the law, he believes progress is being made in highlighting how Jamaica’s lack of LGBT rights runs counter to a Constitution that is supposed to grant the same rights for all.

Jamaica has been described by some human rights groups as one of the most homophobic place on Earth because of the high level of violent crime directed at LGBT people.

“The reality is that the murder rate is still one of the highest in the world and there are many reasons for it”, Mr Tomlinson said before adding, “What I’m most concerned about is the inter-sectionality between being a member of a poor class in Jamaica, which increases your vulnerability to murder and other forms of crime and also the fact of your sexual orientation which tightens your vulnerability.”

He continued: “So there’s an elevated sense that LGBT people have an increased likelihood of being attacked but the police think that it’s just another murder. With so many ‘other murders’ we are not given any sort of priority but the impact on our small community is much greater than one of the larger community.”

The lawyer remains scathing of Jamaica’s police force over its inability to bring the perpetrators of hate crime to justice.

Dwayne Jones, a transgender teenager, was murdered at a party in the parish of St James in July 2013. Police have yet to make a single arrest.

PinkNews asked Mr Tomlinson if the police were bigoted, corrupt or incompetent.

He replied: “It’s hard to say because I can only speak from my experience. When I reported my death threats to the police, they were sent via e-mail and I asked the police to tell me the source of the death threats. To this day, they haven’t been able to do that. It’s been three years. It’s a disinterest.

“We have on record, a situation where some LGBT youth went to report their violations against them by a mob and the police refused to provide any assistance until the individuals could provide the names and addresses of their attackers.”

He continued: “That’s the kind of lame excuse we get from the police all the time when it comes to LGBT people. There have been some police officers that have been very consciences but they’ve mainly been less than enthusiastic about investigating violations of crimes against LGBT people.

“They think that we’re un-apprehended criminals, despite an order from the commission of police that we shouldn’t be discriminated on the grounds of our sexual orientation and relation to how crimes are reported and responded to. The average copper doesn’t care.”

Following the murder of Dwayne Jones, a support group was set up to help Jamaica’s LGBT homeless youth. Many of those who are vulnerable live in the sewers, where they are sexually exploited. The HIV infection rate among Jamaica’s LGBT community is staggeringly high. Around one in three men who have sex with men (MSM) is HIV positive.

Mr Tomlinson said: “Recently I’ve started working with a group calledDwayne’s House which is trying to provide basic food and medical, legal assistance to LGBT homeless youth that have been forced out and living in the sewers.”

The lawyer believes homophobia in Jamaica has been fuelled by its hugely influential reggae market and by the arrival of the US Christian mega-pastor evangelical moment.

In a country where the majority of the population attend church and one third live in poverty, the role of religion cannot be overstated. Anti-gay artists like Sizzla, who go on to have international success, are a recruiting sergeant for homophobic attitudes.

In December 2013, Andrea Williams, the founder of Britain’s Christian Concern, flew out to Jamaica for a conference in support of the country’s buggery law.

Whilst there, she claimed Olympic diver Tom Daley’s same-sex relationship was due to the death of his father.

Mr Tomlinson, who now lives in Canada with his partner but regularly travels back to Jamaica as part of his work, would like to see individuals like Ms Williams restricted from entering Jamaica by the UK Government.