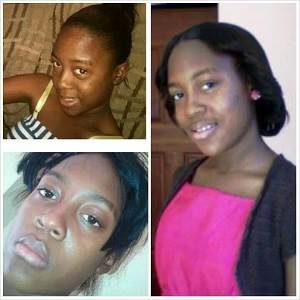 NEW YORK, USA (Shuzzr PR) – After being missing for almost two weeks, mother of Amoya Anderson, Cheryl Morgan, has decided to appeal to the local social and electronic media to help bring awareness to the public as she seeks to find her missing child.

Fourteen (14) year old Amoya Anderson who is a student of St Hughes High School, which is located in Kingston, Jamaica went missing on October 27, after she left her place of residence in Cumberland, Portmore St. Catherine and hasn’t returned since.

Ms. Morgan, states “after I made a report to the 100 man police station in Portmore, the police have yet to take any actions to help me find my daughter…I’ve tried reaching out to local media houses but has been given the run-around.. mi just want to know where she is and if she’s ok”.

Efforts by the family to appeal to local media outlets such as TVJ, CVM amongst others has failed even though local system such as the ANANDA ALERT are in place to help bring awareness and a civil collective effort to finding Jamaican’s Children who have been either abducted or went missing. Ms. Morgan is now appealing to the local social and electronic media to help in her plight as she finds to find her daughter.

If You Have Any Information:

One thought on “MISSING”