Granted many people attest that mistletoe tea helps with control of blood pressure. Others drink the tea to improve blood circulation and prevent or manage stroke. Leaves of mistletoe no doubt are medicinal and support good health.

Now, experts in a new study say that regular intake of mistletoe tea at high doses can help to boost body’s immunity against many infections such as flu but warned that its intake should be in moderation. Mistletoe is known as Afomo in Yoruba, Awuruse in Ibo and Bokondoro in Hausa.

In the study, experts compare the effects of mistletoe harvested from three different plants (Coffee, kola and cocoa) on blood samples of albino rats. The rats had taken extracts of the mistletoe for 14 days.

They reported an increase in the White blood count (WBC) in the animals, suggesting that mistletoe extract contains agents that could stimulate the production of leucocytes and so could serve as immune booster.

Immune boosters are usually recommended to strengthen and harmonise degenerative body systems and assist the immune system to fight invading agents such as bacteria and viruses.

However, they said findings of the study indicate the need to be cautious in its administration at high doses to prevent the risk of anaemia.

The extract of the leaves of mistletoe has been used for centuries in traditional medicine in many parts of the world. In some parts of Africa, the plant is used both in the traditional and complementary management of many diseases. 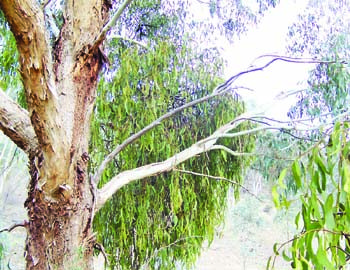 In Nigeria, the extract of the leaves of mistletoe is used in for the treatment of several ailments including hypertension; improve cardio-vascular functions; as well as the prevention and management of stroke.

A number of medicinal benefits such as cancer prevention, immune booster and antimicrobial effects have been reported for mistletoes. In fact, clinical studies reported changes in immune parameters in humans during and after mistletoe application.

Mistletoe is a parasitic plant that grows as a hanging bush on branches of trees such as pear, coffee, kola, cocoa and chestnut to name a few.

According to the Director, Pax Herbal Clinic and Research Laboratories, St. Benedict Monastery, Ewu, Edo State, Revd Father Anslem Adodo, the mistletoe on guava, kolanut, cocoa and trees of the citrus family are the most potent kinds of mistletoe.

For instance, Revd Father Adodo said that for the treatments of cancer, the mistletoe of guava is the best because it contains the highest concentration of lectins, a kind of protein that science has discovered to destroy cancerous tumours and cells.

In addition, he said based on his practical experience, for the treatment of hypertension, nervousness and insomnia, mistletoe on kolanut and the citrus trees is best while the mistletoe on cocoa is best for diabetes.

This study was entitled “Comparative Study on the Effects of Aqueous Extracts of Viscum album (mistletoe) from three host Plants on Hematological Parameters in Albino Rats”.

It involved Matthew Ojezele of the Department of Biochemistry, Lead City University, in conjunction with Olusola Ladokun and Oluwatosin Arojojoye. It was documented in the 2015 edition of the journal, African Health Science.

For this study, the researchers used 65 healthy male Wistar albino rats weighing between 150g and 200g. The animals were divided into 12 test groups of five rats each. The 13th group served as control.

Each sub-division was administered increasing doses of extracts of mistletoe from different host plants. The rats in the test groups B, C, D and E were administered 400, 800, 1600 and 3200mg/kg body weight of the extracts respectively.

On the 15th day, blood samples were collected for testing. The extract caused reductions in Packed cell volume (PCV) and red blood cell count (RBC). An increase in white blood cell (WBC) was observed in rats following the administration of the extract.

Given the reductions in packed cell volume (PCV) and red blood cell (RBC) in rats administered mistletoe from the three host plants, they suggested that the extract when used at high doses and over a long period can suppress the body’s ability to manufacture blood and break down red blood cells.

They declared, “These results suggest that chronic administration of mistletoe extract may induce some level of anaemia. It is therefore advisable that the use of this extract in herbal medicine should be with some cautious measures to avoid the risk of anaemia in patients treated with the extract.”